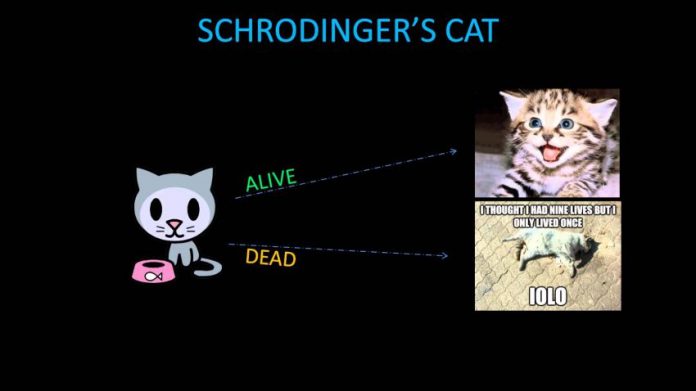 The theory relates to the fact that knowledge of something happening can not be certain until it is seen to have happened. It has the potential to change numerous psychological references besides the obvious Quantum Mechanics ones.

This paradox was spun by him in 1935 and at the time he did not insinuate that the cat in the box could be dead and alive at the same time, but proving that particle existed in all forms until being observed, upon which they would change to a particular form.

Similarly, a cat in a closed box could be both dead and alive until we get to see them.
Wang’s research involved two boxes with particles inside them.

The popular psychological reference here of the original theory is that until the box is opened the state of the cat cannot be known, likewise, if in doubt, one cannot know for sure about anything unless they make the effort to find out.

Wang’s theory suggests that if there are two people involved in something and they do not know what the other person’s situation is, no one can be sure what both the parties think.

For example: if a boy likes a girl (there are two parties involved), and he isn’t sure about what she thinks, the best course of action would be to go and talk to her, for all he knows, she might be facing the same dilemma. The likelihood of each situation is the same, barring all biases.