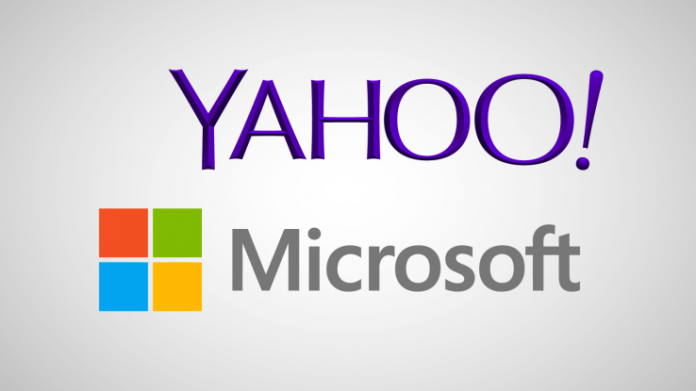 Yahoo is battling at the moment on multiple fronts and has decided to sell off its core internet business. There have been multiple suitors who have shown interest in the acquisition of the business.

A report that has recently surfaced on the internet suggests that Microsoft executives are in early talks with potential Yahoo investors about a contribution towards the acquisition of this company. However, the talks are said to be in a preliminary stage at this point in time.

The two companies have been working together for a long time on search and advertising. This may be the reason why Microsoft is showing interest in the acquisition, it’s said that the Redmond giant is focused on preserving this relationship between the two companies, which is why it’s willing to contribute towards the acquisition of Yahoo’s withering core internet business.

A person familiar with the situation cited by Reuters claims that private equity firms interested in acquiring Yahoo approached Microsoft regarding a potential contribution. Yahoo is looking to sell off its core internet business which includes main online properties such as mail, search and news.

This is definitely not the first time that Microsoft has shown interest in the company and has tried to take a stake in it. It made a much bigger attempt back in 2008 when led by then-CEO Steve Ballmer, Microsoft tried to acquire Yahoo for nearly $45 billion. That deal never went through and now Microsoft is in a position to take a stake in significantly lesser amounts compared to what it was willing to pay for the entire company less than a decade ago, when the company was going through its prime times.

Yahoo had once been dominant as far as the online searching services are concerned, however, it has largely struggled with Google and Facebook in getting principal shares online and even with its mobile markets.