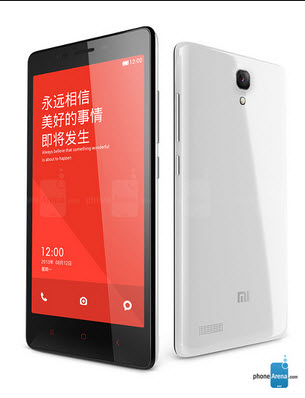 China – Xiaomi Redmi Note 2 will possibly be releasing on August 16. There are rumors that it will be available at an affordable price of $249. Xiaomi’s marketing director has also posted on his Weibo account referring to the possible release of Redmi Note 2. Reportedly, the Xiaomi Redmi Note 2 is expected to run on Android MIUI 6.0; and the company may also unveil its latest Android UI, MIUI 7 on that day.

Various reports have come out about Redmi Note 2’s specs with contradicting ideas. However, the company neither confirmed nor officially announced about the specs. Although Oppomart in their online market have Xiaomi Redmi Note 2; but they have marked it as out-of-stock. According to their specifications, Redmi Note 2 will sport a 5.7-inch 2.5D glass screen with 1920 x 1080 pixels resolution at 403 ppi pixel density. The smart phone will run on Qualcomm Snapdragon 615 64-bit octa-core processor.

According to the reports from Phonearena, Xiaomi Redmi Note 2 will be unveiled on August 16 and it will come out with two variants. It would be Snapdragon 615 and a MT6795 model. It will sport a 5.5-inch display with octa-core 2 GHz CPU. It will also have 16 GB internal memory, sporting 3,100 mAh battery. However, according to the GSMArena reports, the smartphone is expected to have Qualcomm MSM8916 Snapdragon 410 with quad-core 1.2 GHz Cortex-A53 CPU. In addition, the device is expected to sport a 5.5-inch display with 720 x 1280 pixels resolution at 267 ppi pixel density, contradicting the description available on Oppomart.

The device will have an internal memory of 8 GB along with 2 GB RAM and the facility of expansion of storage up to 64 GB via MicroSD card slot. It will sport a 3,100 mAh battery and will be available in eight different colors including black, white and red. These rumored features and specifications have received excellent feedbacks so far and consumers are waiting eagerly for its debut in the market.