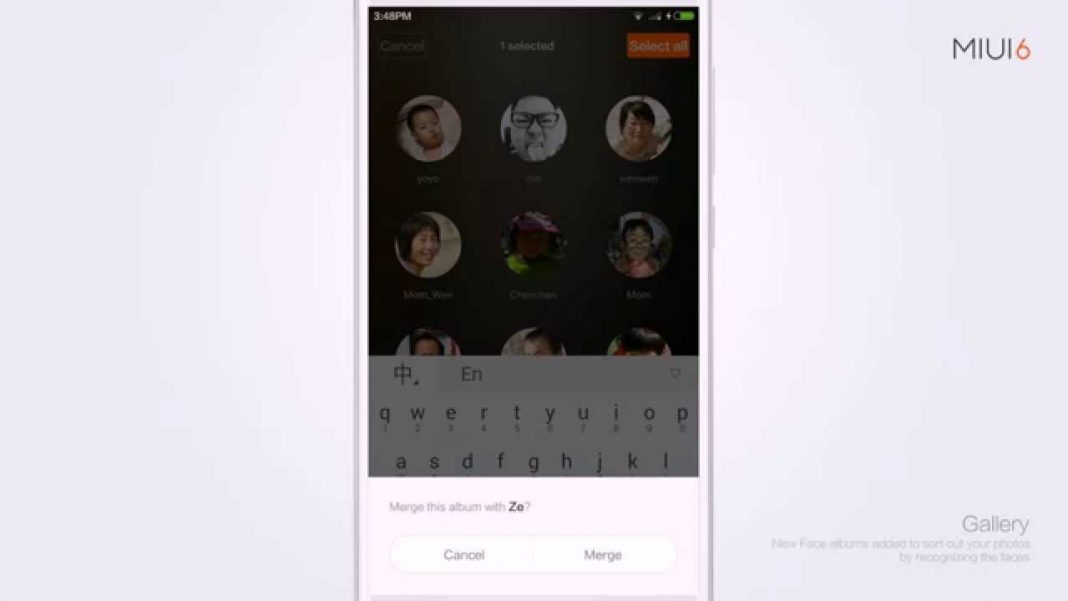 Xiaomi is not very talked about in the tech world, which is surprising given that it is one of the biggest smartphone manufacturers in the world right now. Especially in countries like India and Indonesia, Xiaomi has already become a household brand and is quickly becoming a family favourite by bringing high end smartphones with great software at budget prices.

One thing Xiaomi is exceedingly famous for, is their OS, a skinned version of Android known as MIUI. Some may not know this, but Xiaomi puts up videos on their YouTube channel pretty often, detailing the newest changes in MIUI. In the latest video (linked at the bottom of this post), Xiaomi details a new feature in the gallery app, that allows you to group pictures based by the faces that are in them, which Xiaomi automatically tags for you.

Does this sound familiar to you? That may be because this is a feature Apple introduced a while back with an update to iCloud, with a focus on it in their release of Photos.app. It was also added into Google Photos late last month.

I’ve said this before and I’ll say it again, I don’t mind companies copying from each other. In fact, I encourage it. It means more choice for us, the consumers. Who doesn’t like choice?