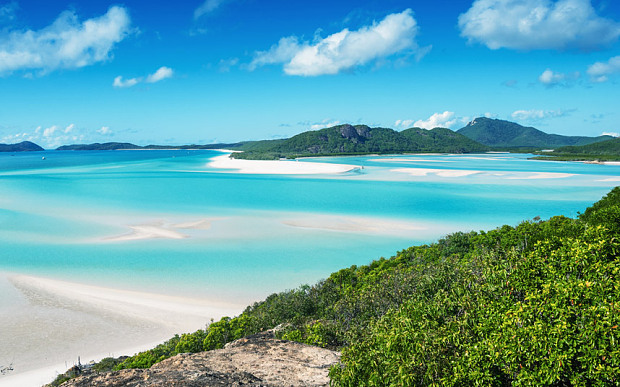 World Wildlife Fund (WWF) published a report on Wednesday, claiming that industrial activities, such as oil exploration, mining operations and logging, put almost half of all natural heritage sites at an unprecedented amount of risk.

UNESCO notes that there are in total about 114 threatened sites around the globe, at the time of writing.

WWF’s report further adds to the particular remark, suggesting that these sites are fundamental in providing water, food, shelter and medicine to about 11 million people — equal to the entire population of Greece, to put this into perspective.

With all the issues taken under consideration, WWF pushed authorities to take precautionary measures so that the natural heritage sites can be properly preserved for future generations.

Director General of the WWF, Marco Lambertini, included some of his own comments in the report, expressing his regret, that despite of all the benefits we receive from the heritage sites, the human race has still not managed to assess their significance and hasn’t developed the mindset to preserve and respect them accordingly.

“The World Heritage Committee is clear and definitive that extractive activities should not occur in World Heritage sites.It has consistently maintained a position that oil, gas and mineral exploration and exploitation is ‘incompatible with World Heritage status’. Despite this, about a third of natural sites have concessions allocated across them.” Deon Nel, Global Conservation Director, WWF.

Coral reefs, forests, reserves, parks and even islands constitute the combination of the natural and mixed heritage sites that are nominated by their native countries. A notable instance is the Great Barrier Reef in Australia, which is being severely threatened due to mining and shipping activities taking place in the area.

What are your thoughts on natural heritage sites being threatened by the human? Let us know in the comments below.