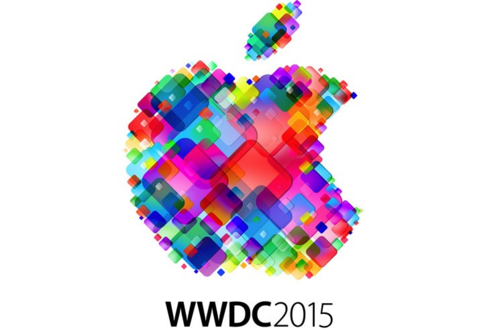 The one thing guaranteed from the Apple’s annual Worldwide Conference is the bucket full of new announcements. It is possible to see the previews of the new version of the iOS and the OS X and that is why San Francisco is being crowded by developers for the special event. But this year, substantiated rumors are swirling around a new streaming music service, a refreshed Apple TV, and truly game-changing new iOS features. Now that the Apple watch is finally here, we can catch a glimpse of the future of Apple’s most personal device.

Let’s have a look at the 5 big reveals we expect from the WWDC which will take place on June 8 at 10pm Pacific:

Take a minute to stare at the WWDC invite Apple sent out. The tagline reads:

The epicenter of change

The white text sits atop a square with rounded corners, a shape that resembles the Apple TV. It was said by Apple previously that the set-top box was not just a way of streaming the TV, and now reprts say that Apple plans to male Apple TV a true hub for your home. The HomeKit support is added to Apple TV with iOS 8.1, but no official announcement is made regarding this front. You can already control your HomeKit accessories, the first of which was launched in sale this week, with your voice, and if Apple TV does become a HomeKit hub, it makes perfect sense for Siri to play an important and integral part in the same. 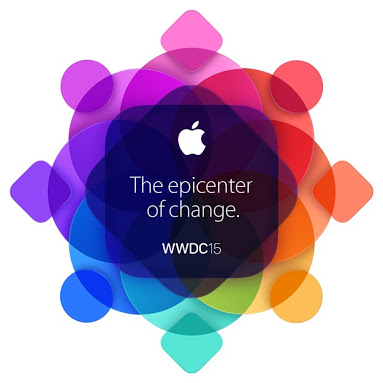 Apple was reportedly prepping a live streaming TV service to launch alongside the thinner, smaller Apple TV this month, but it sounds like the service won’t be ready in time due to troubles getting local programming locked down. Apple won’t be introducing the new version of the hardware either.

According to Brian X. Chen at the New York Times, “Those plans were postponed partly because the product was not ready for prime time, according to two people briefed on the product.” But even if Apple needs more time to nail the streaming part, expect the company to finally revamp Apple TV, add Siri integration at long last, allow developers to create TV apps, and perhaps even touch up the remote control.

The reason why Apple had bought Beats Electronics for $3 billion more than a year ago, stunning almost everyone in the industry, will be finally clear. It will take the form of a music streaming service, that might do the work now, of what iTunes and iPods did in the early 2000s. Numerous reports have outlined what we can expect from the overhauled Beats Music: a $10-a-month on-demand streaming service with a side of free, ad-supported radio stations curated by celebrities like Drake and Pharrell Williams. Only 15 million people pay for Spotify’s similarly priced streaming service, but Apple has 110 million iTunes customers who happily spend money on music.

It is still unclear if customers would be easily converted to streaming subscribers, but the only digital music game changing company is present right now, it’s Apple. We still expect Beat’s Music (now maybe rebranded as Apple Music) to shine at the WWDC, as the Cupertino company is still working on the finalizing the licensing deals with the major record labels.

No Apple service has disappointed more in recent years than its native Maps app for iOS, which replaced Google’s in 2012.  The app was half-baked at best, and routinely leading people to wrong destinations. These maps also lacked the need of transit directions, basically making it useless for people to find their route who were not walking or driving.

This thing is about to change. Maps is getting a tune-up for iOS 9. The most obvious fix is the addition of mass transit information for major cities like San Francisco and New York. The company is also working on an augmented reality overlay that would show you information about a business when you point to it on a map. Another feature called Browse Around Me would tell you about nearby places that might be interesting to you, based on previous searches or preferences. Plans by Apple to add indoor maps, 3D maps and a street View competitor, are in consideration, but those could be years away.

Google Now of Google is on the verge of developing every single day (if been compared to Siri).  The company showed off the capabilities of Now on Tap, an ultra-intuitive new feature in Android M that recognizes the context of whatever you’re looking at and responds accordingly.

May report from 9to5Mac detailed an Apple initiative called Proactive, that would unite Siri, Spotlight, Calendar, Maps, and other apps to serve up information throughout the day without you even having to ask for it. The new assistant would be anchored to the left of your home screen and accessible with a swipe. Spotlight search results would be pinned to the top, while information from apps you regularly use would populate the rest of the screen and change depending on time of day.
The initiative sounds like a promising and necessary move for Apple, so we hope to hear more about it at WWDC.

Before the device comes into your list of must buy things, they need to get a whole lot better, which is why  Apple plans to open up an SDK to developers that will allow third-party apps to run natively, instead of chugging along on your iPhone. That’s not a rumor—it came straight from Jeff Williams, the Apple operations chief leading the Apple Watch team.

That means any third party app will be able to tap into the heart rate sensor, accelerometer, and gyroscope of the Watch without having to wait for the Watch to relay that information to the iPhone Health app.

This will obiviously have huge implications on specifically the fitness app but it will be curious to see how more the Apple watch can push its limits.

Developers can get the SDK at the WWDC and can launch the refreshed app this fall.