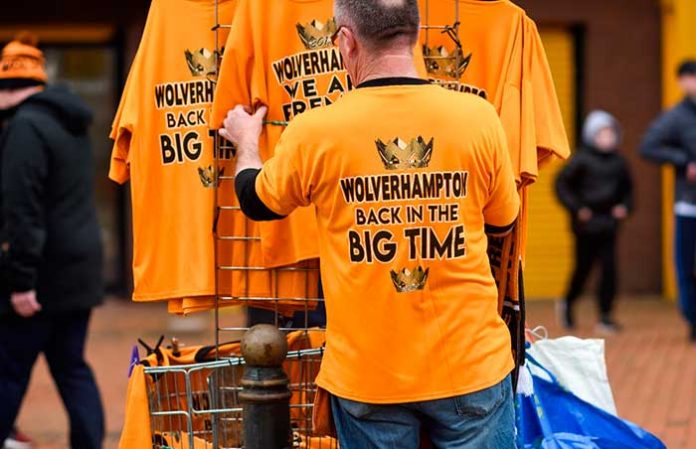 Wolverhampton Wanderers – there’s no doubt that under the guidance of Nuno Espírito Santo, the West Midlands side overachieved and defied the odds last season. The team finished seventh, their highest position since 1979-80, which in turn saw Wolves gain a place in the second qualifying round of the Europa League – their first participation in Europe since 1980-81.

But fast-forward to this campaign and after seven games, Wolves sit thirteenth in the table with seven points, having only won once. In stark contrast, at this point last season, Santo’s side was tenth, having lost just once. So, what has happened to the squad and where has it all gone wrong? Let’s take a look at some of Wolves’ woes.

Start to the season

It was a happy return to the top flight for Santo’s side last season, who had been plying their trade away from the Premier League for the previous six campaigns. On paper, the fixtures weren’t kind to the West Midlands club, opening against Everton, before champions Manchester City came to Molineux and a tricky trip to Old Trafford soon followed. But after six games, Wolves had amassed nine points, having held both Manchester clubs to 1-1 draws.

It could well be the hangover from last season and participation in European football, but on paper, Wolves’ opening six fixtures this time around were easier. Although they faced Manchester United and again, held them to a 1-1 draw, a share of the spoils against Burnley and a narrow defeat to Everton have seen Wolves drop more points at the start of this season. With four draws and two losses to their name thus far, fans must be scratching their heads and wondering when the turnaround will come.

In last year’s transfer window, Wolves spent over £100m, but without a doubt, the most astute bit of business was Raúl Jiménez’s loan move. The Mexican center-forward made 120 appearances in all competitions for Benfica, scoring 18 goals in 80 Primeira Liga games. An absolute steal for an initial £2.7m, Jiménez was ever-present in the Wolves sides – notching 13 goals in his first season in the Premier League. It was clear he had adapted well to English football and Wolves took up the option to buy the 28-year-old on a permanent deal, paying Benfica £34.2m for his services. Time will tell if Jiménez can live up to the ‘Wolves’ most expensive transfer’ tag, but his return so far has seen him score once in every three games on average.

Rui Patrício between the sticks was a stellar signing from Sporting CP for £16.2m and he was one of the reasons why Wolves had one of the best defensive records in the Premier League last season. Conceding just 46 times, the joint-fifth lowest number of goals, Santo’s side were tighter defensively than the likes of Manchester United, Arsenal and Leicester City.

In this year’s summer window, Wolves spent less than £90m and a third of that was securing the transfer of Jiménez. Among the signings were young center-forward, Patrick Cutrone from AC Milan and midfielder Leander Dendoncker from RSC Anderlecht. Cutrone was out of favor by Gennaro Gattuso but has already found himself limited to game time in the Premier League, as he sits behind Jiménez in the pecking order.

As we’ve seen recently, through the likes of Fulham last season and to some extent, Aston Villa this year, it’s not about the money spent. But you have to question why Santo has opted for youth when it’s going to be a long, hard campaign and experience in Europe would be vital.

We’ve seen it before, teams that have come up and performed well in their first season, before a slump in their second. Wolves’ rivals, Birmingham City secured ninth place in 2009-10, before being relegated the following season, despite winning the League Cup. More recently, Huddersfield Town were victims to second season syndrome. The Terriers were relegated as early as March, having won just three games all season.

Juggling multiple competitions can also prove detrimental to a club’s success in the Premier League. Just last season, Burnley finished fifteenth, a large drop from their previous position of seventh. Although the Clarets were only playing in the qualifying stages of the Europa League, their campaign began in July and it proved to belong old slog for Sean Dyche’s men. UEFA Europa League odds suggest that Wolves will overcome their rivals in Group K make the knock-out stages, so they may well juggle multiple competitions for a while yet.

Have the wheels fallen off for Santo’s Wolves? Time will tell.