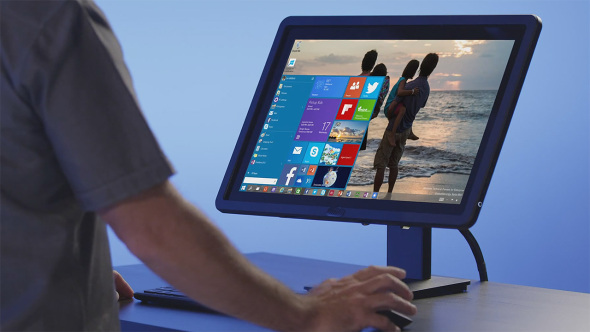 A report has flung in saying that Microsoft (NASDAQ: MSFT) is going to sell its latest offering of Windows operating system – Windows 10 Home and Windows 10 Pro in retail stores via USB flash drives.

According to the report by WinFuture ,a German technology website covering Windows news, Microsoft plans to sell Windows 10 and Pro SKUs in flash drives in addition to the traditional DVD disk sales. It is being said that the USB flash drive will allow the users to install both 32-bit as well as the 64-bit version of Windows 10 Home and Windows 10 Pro and license it, but this will be limited to only one PC. No official news has been confirmed by the Redmond-based company.

Earlier Microsoft had announced the pricing for Windows 10 saying that Windows 10 Home will be available at $119 and Windows 10 Pro will be available at $199 for new users. Another thing, the Windows 7 and Windows 8.1 users with valid licenses will be eligible for a free upgrade. The prices mentioned above are only for US markets and it is likely that Windows 10 will be priced different in different countries. There is still no official word on pricing especially for countries like India and others in the East.

The corporation said last week that the Windows 10 Insider Preview users will be able to retain their genuine and activated Windows 10 copies only if they opt-in for future pre-release updates on the fast or slow cycle. These users will continue updating to the latest preview build, or their pre-release software licence of the build will expire.

If the users plan to opt-out from the updates, their builds will no longer be eligible for a free upgrade offer as genuine Windows 7 and Windows 8.1 users

“activated under the terms of the Windows Insider Program”

Other Windows users including Windows XP or Windows Vista will have a paid upgrade path.