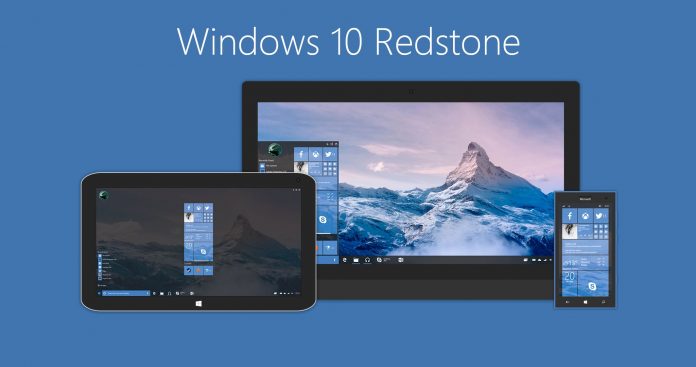 Microsoft is currently testing Windows 10 Redstone with Windows Insiders and Internally. After Threshold 2, which was released the last year, Redstone is expected to be the next major update for Windows 10.

Microsoft recently published some new documentation for developers about building apps for Redstone, the UWP and building UWP apps for the Xbox One which revealed a tiny bit of information about Redstone Wave 1.

This document by Microsoft has revealed the  “Version 1607” for Windows 10 in one of its documentation, which means that the release will happen sometime in July. For those of you who are wondering how we can be so certain, the version numbers represent the year and the month of a release; for example, Threshold 2 was released in November, so its version was 1511 (2015, November). So, Version 1607 suggests that Windows 10 Redstone will be coming in July 2016.

However, at the moment, it is not clear if this release will be happening for all different types of devices which are running the OS. The document suggests that the release will first happen for the Xbox One and PCs at the same time while the other devices will probably get it later.

This update is expected to bring about a lot of changes to and improvements to the Action Centre, File Explorer, Cortana, Microsoft Edge and many other features.

For developers, this update will be released today, so that they can start working with more than 1000 new programming interfaces that are making their way to the new update.

What are your thoughts on Redstone Wave 1? Let us know in the comments below.