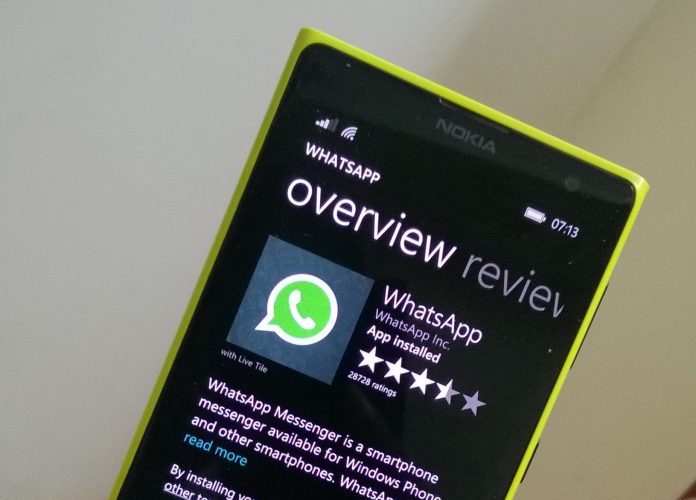 WhatsApp recently updated its Android and iOS mobile apps with a series of new features, though it has now turned its focus towards Windows Phone users. Despite the company’s decision to end support for older Windows Phone versions, WhatsApp rolled out an updated version of the app to include features like video trimming and PDF-sharing to Microsoft’s mobile platform.

The updated version of the app is v2.12.344 and it now includes two main features that widen the scope of sharing files beyond photos and videos. Now, Windows Phone users can send documents, which can definitely be considered an improvement from the previous version, as it allowed the user to only receive documents from iOS and Android users.

Furthermore, another important addition is the ability to trim a video before sharing it with friends and co-workers on the world’s largest messaging platform. Users could earlier compress the size of the video to make it easier for sharing on the platform. The new video trimming feature makes it even simpler to choose what part of the video to share, making the Windows Phone version of the popular messaging app a whole lot more multifunctional.

Do keep in mind that the recent update is not there for Windows Phone 7.1 devices, as the company has confirmed that it will be officially ceasing the support for the operating system starting the next year, inadvertently urging users to upgrade to a Windows 10 Mobile – Microsoft’s latest mobile OS – powered smartphone. Users of older Windows Phones would be left with no choice but to upgrade to a newer version of the device or find an alternative to WhatsApp; such as the likes of Line, WeChat or BBM.

Did you download the latest update of WhatsApp on your device? Feel free to let us know of your impressions in the comments below.