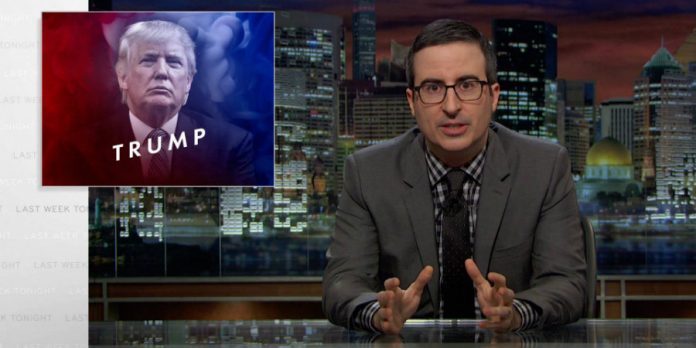 English comedian John Oliver, the host of the HBO series Last Week Tonight with John Oliver, told Donald Trump on Sunday to drop out from the presidential race.

During the show’s latest segment, Oliver said that by doing so Trump would save his winning reputation and brand from disaster. Polls indicate the business person will lose to Hillary Clinton in November.

Oliver, in his monolog directed to Trump, advised the presidential candidate to admit his race to the White House was nothing but a satirical stunt to expose the flaws in the American system, which he has certainly done.

The media has given him billions of dollars in free airtime and Republican politicians have unconditionally supported him albeit his inflammatory speeches that have included insulting the family of a fallen veteran as well as minorities, like Mexicans and Hispanics in general, and proposing to ban Muslims from entering the United States.

Oliver claims that if all this is not enough proof of a flawed system then what is it, and that Trump’s name could come out even bigger by saying his campaign was a South Park-like satire on national television.

“I openly ran on a platform of impossibly ignorant proposals steeped in racial bigotry, and nobody stopped me. In fact, you embraced me for it. What the fuck was that about?” said Oliver while impersonating Trump in what would be his fictitious revelation.

The comedian added that it “would be one of the most powerful political speeches of all time.” He could drop out to teach America a lesson, and at the same time not be a loser, but a legend. Oliver insists that as a result, the government would make a federal holiday in Trump’s honor for his valuable teachings.

But Sunday’s segment wasn’t Oliver’s first devoted to Donald Trump. Back in February, the host criticized Trump’s 2016 presidential campaign and his career in business. Oliver also urged viewers to refer to Trump as Drumpf, the family’s ancestral name.

The segment is the show’s most-watched to date with more than 28 million views. It popularized Donald Drumpf and Make Donald Drumpf Again, a spoof on Trump’s campaign slogan, Make America Great Again.