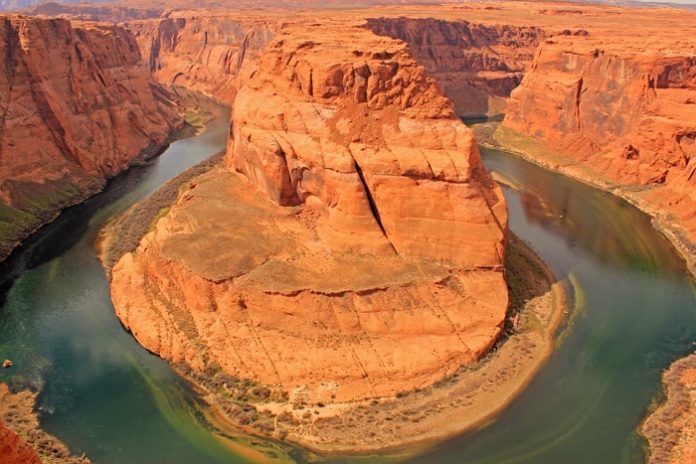 The Colorado River is of a great allure, stretching 2,000 kilometers across the southwest United States. It flows through seven states, all the way from the Mexican border up to the Rocky Mountains, and is both a beauty to see but also is of great importance for the United States. It provides water and energy to around 40 million people across western states, as well as 15% of the country’s agricultural production. Phoenix, for example, gets 40% of its water supply from the Colorado River and 80% of the population of Arizona is supported by it, as well. The impact of a water shortage in the Colorado River would be felt nationwide, especially in the western states.

The river is under stress and with the combination of factors that are resulting in its shallow waters, it is struggling to keep up. Unfortunately, the river has been severely affected by global warming, urban development and infrastructure fallbacks like many of the other natural sites across the country. It has been facing a drought that has lasted and left its impact for decades. With all that the river supports, the use of the water is not utilized in an efficient manner due to outdated plants and distribution networks as well as a general waste and habitual overuse of water. The risks that are at stake with the current state of the Colorado River range from a drinking water shortage, an effect on the current 16 million jobs it supplies, farmland irrigation struggles and economic impacts. In California specifically, water is greatly used to supply fruit and vegetables that are shipped nationwide in addition to drinking water for its residents. It is the biggest user of the waters of the Colorado River and has a severe drought that has also been lasting for years, therefore making water conservation both highly considered and necessary. If you’d like to learn more about California’s situation and other related topics, you can visit We Build Value.

A possible solution to address water security has been proposed via the Central Arizona Project (CAP). CAP is a 336 mile-long diversion canal in Arizona that diverts water from the Colorado River based at Lake Mead into central and southern Arizona to reach parts of the state that have an already limited access to water. CAP and the state work to address the need for water protection and to make the best use of what they do have. People, farmland, and businesses all rely on CAP for water. However, a water shortage of the Colorado River would cause major challenges for Arizona. According to the Bureau of Reclamation, there is a 14% chance that Lake Mead’s water level will fall below 1,025 feet by 2023.

Even if the current situation is still not an emergency, it is important to act now. Each year, the amount of water that is used exceeds 1.4 trillion gallons next to the actual physical capacity of the Colorado River. The risk of drinking water not being able to be delivered to the taps of residents is reason enough to create change and adjust our habits now.