A new alarming threat rises and adds up to the ongoing concerns regarding the sea level continuous increase, as a 4.5-mile section fracture on Greenland’s Helheim Glacier has been spotted 30 minutes after the end of the month of June. Researchers also managed to capture on camera a video that shows the noticeable violence and speed of the ice breaking event that is currently ongoing.

The 90-second video has captured the attention and concerns of several experts on the climate change matter, especially because the Helheim glacier dips into the ocean on eastern Greenland and it lost a very large chunk of ice that will be responsible for some eventual changes on sea level rise.

David Holland, an NYU professor responsible of leading the expedition to Greenland  who described the Helheim glacier calving to be as wide and shallow “like a pancake” has clarified that a single section of this iceberg is just as big as lower and midtown Manhattan put together, and in this case being thrown into the ocean and sending it to drift until it eventually melts, causing global sea levels to rise.

A chunk the size of lower Manhattan fell off of Helheim's glacier in Greenland https://t.co/U2JMrQw2tt

Water levels rising as a consequence of climate change has already taken its toll, especially sea level rise and it has been proven with more frequent floods in the coasts of the American continent.

Also, these effects include a side effect that only supports the continuous melting of more glaciers, the warming water effect that generates more and more icebergs that eventually melt away in the ocean, making sea levels rise nonstop.

Holland pointed out that the most devastating effect of icebergs floating away from glaciers is that there isn’t and there won’t be (at least in the next few decades)  a way to put back glaciers together, he stated “This process is very violent, very dramatic, and very one-way,” he says. “It raises sea level, and it does it very abruptly.”

Perhaps the most drastic and devastating effect of the sea level rise is that according to experts and satellite surveillance there are many more fractures and breaks going on not only in Greenland but in Antarctica as well, and this is completely certain when these glaciers are looked down from space.

These fractures caused by sea level rising also indicate another strong repercussion for the upcoming years is that as these breaks continue to happen it will also be harder to control and predict how much and how often this will occur in the future.

How to Get Rid of Candida Fast!

Canyons the size of Manhatthan found underneath Antarctica 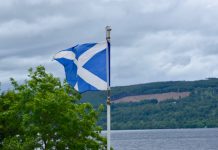 What Are the Different Types of Data Centres?