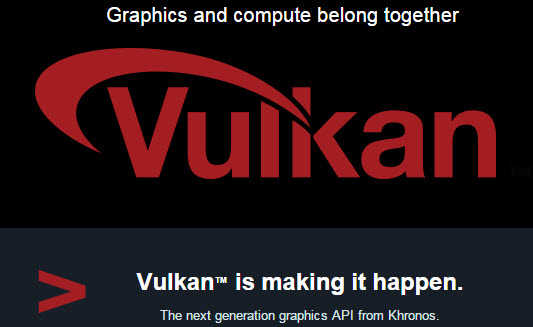 These last few days, news about Google have to do mostly with the company’s decision to create a new holding company, Alphabet, the release of the new Nexus, or the StageFright vulnerability that was recently discovered to smartphones that run with the Android.

Now a new information attracts the spotlight, as Google’s Android, is getting ready for a groundbreaking change. It will be able to support Vulkan graphics of a 3F API that has been developed by OpenGL. This is estimated to give developers more control abilities on how the games and other more interactive apps will behave on a smartphone’s screen that operates with Android. Basically, this new tool provides the creator of an app with more control over the hardware.

One more advantage that the Vulkan API has to offer, is the fact that it solves the problem of extreme delay of the CPU, on its effort to spot the right driver for the graphics, thus creating some difficulties to the smooth function of games and other apps.

The Khronos Group, a consortium of tech companies including Intel, Nvidia, SGI and Sun Microsystems, is dedicated to creating open standard APIs to enable the authoring and playback of media on a wide variety of platforms and devices. According to Khronos, which is the developer of the Vulkan API – and also has Google’s support – it will be available to other platforms as well, such as Steam OS, Tizen, Ubuntu, and other Linux editions.

Neil Trevett, president of Khronos Group, had an interview with VentureBeat during which he stated that Google will use Vulkan as its primary graphics compute API in a future version of Android. He added: “This is Android’s answer to Apple’s Metal. Apple is an island of proprietary APIs. Android is embracing open standards for cross-platform capabilities.”