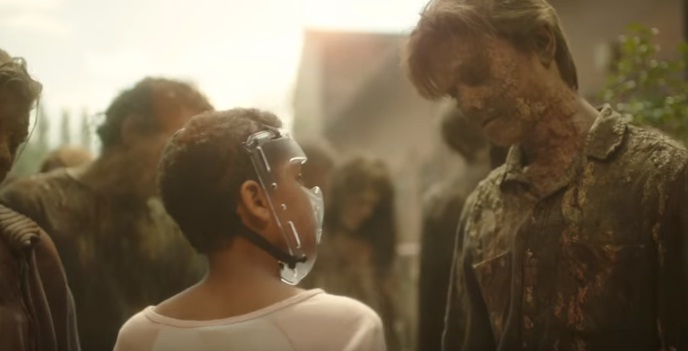 The first look official trailer of the apocalyptic movie “The Girl With All The Gifts” has been released on June 21, 2016. The film which is being directed by Colm McCarthy is based on bestseller novel of the same name written by M R Carey.

According to initial responses, we can confirm that this trailer has impressed movie lovers to the fullest, as this is for the first time that a zombie flick is looking so realistic in nature.

The two minutes and thirty seconds video successfully gives us a glimpse on the major theme of the film.

In this clip, we can see Glenn Close playing the role of a doctor in a mysterious British Army base. Gemma Arterton has enacted the character of a kind teacher who is in charge of controlling some children in the base.

Surprised? Why the army has detained some children in the base? The answer to this question is very simple, they have zombie traces in their blood.

Sennia Nanua, a debutante has done the role of the gifted girl in this flick.

M A Cary herself has penned the script for the flick, and if the film turns out to be half good as the novel, then it will surely offer an awesome experience for the viewers.

The journey of the gifted girl to save the entire human kind forms the remaining part of the movie.

The trailer of the movie indicates that it loaded with adequate elements of action and gore which is quite needed to satisfy the needs of zombie movie fans.

But what makes this movie different is its unique theme, and realistic plot.

Warner Bros will distribute the movie in theaters. If everything goes well, it will hit the screens on September 23, 2016.