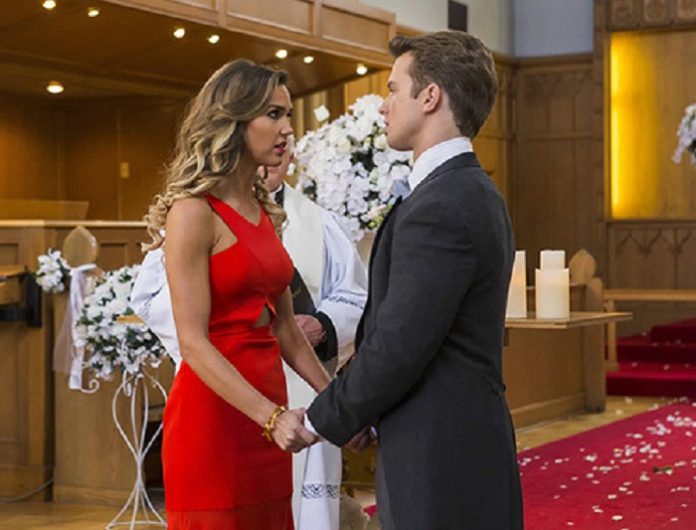 Freddie Stroma’s representative has confirmed this news, and he made it clear that the proposal happened on Sunday, May 14, 2016. He also added that the couple is pretty much excited as they are taking their relationship to a new level.

Freddie and Johanna will not be the part of “UnReal” season 2, but we can see them in other television shows.

Johanna Braddy is now busy with the works of ABC TV Series “Quantico”. In the series, she is enacting the character of Shelby Wyatt, a tough FBI agent. The series features Priyanka Chopra in the lead role, and Johanna’s onscreen chemistry with the Indian actress was well received by audiences and critics.

On the other hand, Freddie Stroma who enacted the character of Cormac McLaggen will reach your home screens through “Game of Thrones: Season 6″. The charming actor has done the role of Dickon Tarley in the series.

Another good news for Stroma fans is that the new series “Time After Time” was picked up by bosses at America’s ABC network.

In the series, Stroma is enacting the character of H G Wells renowned science fiction writer. The series will showcase the story of Malcolm McDowell’s Wells who gets transported to the modern day in search for the serial killer, Jack The Ripper.

Johanna Braddy’s last movie which got released was ‘Run The Tide’ which hit the screens on 2015. Soham Mehta has directed this movie, and it had Taylor Lautner and Constance Zimmer in the lead roles.