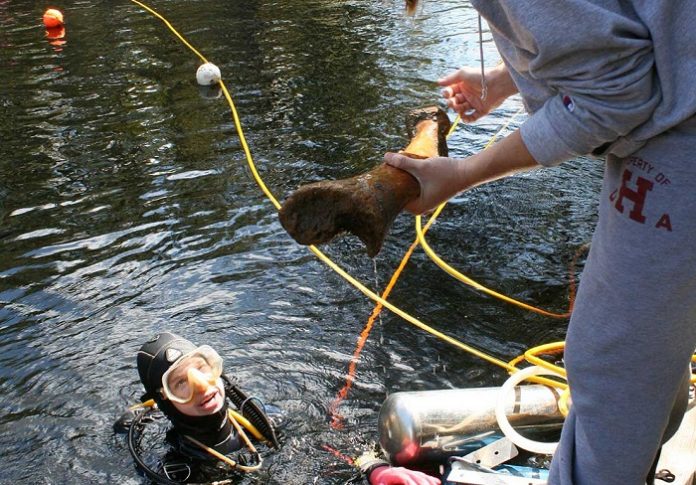 A team of Archaeologists from Florida State University, led by Jessi Halligan, have found evidence of North America being populated 14,550 years ago (proved by 71 individual radiocarbon dates), on 13 May. This is 1,500 years before what was believed by scientists earlier.

The study of humans first populating a land has been a matter of debate among all generations and age groups. The team led by Jessi Halligan completed an underwater dig of the oldest archaeological site in the Southeast of America.

They found a deep sinkhole called the ‘Page-Ladson Archaeological Site’. Among the things that they found indicating life so long ago were stone knives and mastodon bones, tusks and dung.

Before this, many scientists believed that the first wave of humans in that area was represented by spearheads and other remains found in New Mexico in the 1920’s, that dated back 13,000 years ago.

Before Halligan and her colleagues, a recreational diver named Buddy Page reported the site to a group of Paleontologists.

This discovery has led to several other significant ones over the decades. A previous estimation of life existing in the land about 14,400 years ago was dismissed by most scientists. “It was an impossible age for the scientific community to accept at the time,” said Halligan.

All of the radioactive samples date back to at least 14,400 years ago, and the oldest one being the knife which was dated back to 14,550 years.

The First page Ladson is as old as the Monte Verde in Chile, proving that people lived in both the Americas 14,500 years ago.