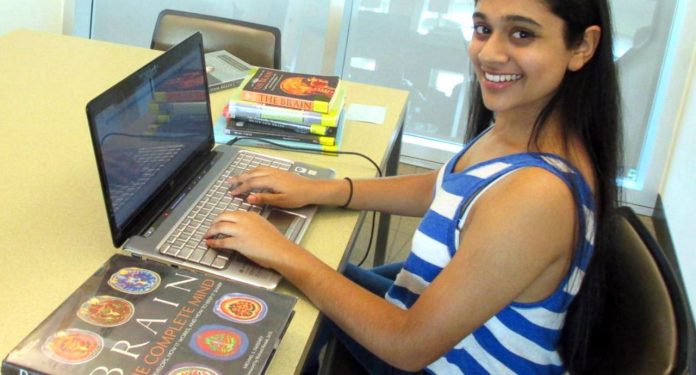 Trolling on the internet is actually fun, but only when both parties enjoy the good humour. In other cases, the situation good easily escalate and turn into an e-bullying incident. Such incidents have led numerous teenagers and kids to suicide attempts and other violent behaviours.

And of course cyber bullying is a lot easier to commit mostly due to the fact that the bullies don’t have direct contact with their victims hence they don’t pay much attention to the emotional pain they’re causing.

In 2013, Trisha Prabhu, an Indian-origin girl that lives on Illinois, heard about a young girl’s suicide due to bullying on the Internet and decided to find a long-term solution to cyber bullying.

Trisha did her homework and now, 2 years later the 15 year old girl has achieved her goal, by creating an app called Rethink, which actually makes the user think again before texting something insulting, by showing a pop up.

“Research shows that over 50% of adolescents online are cyberbullied, 38% suffer from suicidal tendencies. Victims suffer from depression, anxiety, and low self-esteem, and are afraid to go to school the following day”, says Trisha.

“I really wanted to do something different and I came across this article about the teenage brain. It got me thinking about a technology solution… but I wasn’t sure how effective it would be or if kids would think it was stupid.”

The app is currently available on the Google Play store and should be available to Apple devices soon. The first reviews are very encouraging and thanks to Rethink, Trisha Prabhu has won a coveted spot as a Google Science Fair 2014 Global Finalist.

And of course Trisha has no intention to make money out of this story so the app is for free. Make sure to download it and rethink the next time you might get a little bit out of boundaries.