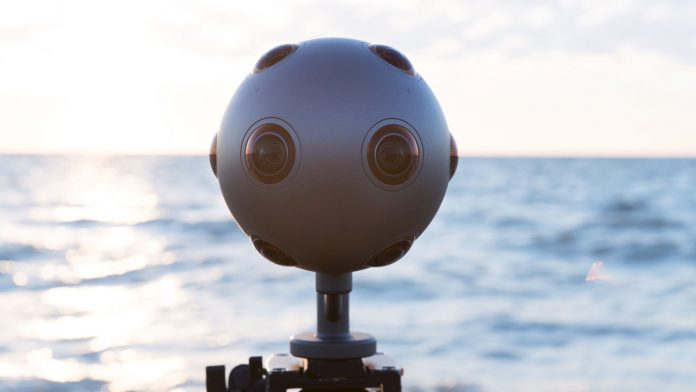 You can have an immersive experience with 360-degree videos. Even without a VR headset like Oculus Rift or Gear VR, you can experience the effect of a real 360-degree video on YouTube. In this article, we will examine the top five 360-degree cameras available on the market.

Priced at $349.95, the Ricoh Theta is the best VR camera for personal use. You will be able to shoot Full HD videos at 30fps for up to 25 minutes, including the ability to live stream the created videos. Moreover, the videos can be synced to your smartphone or mobile device without any need to plug into a PC.

Bublcam, priced at $799, enables you to capture 1440 x 1440p footage at 30fps. It offers features for HDR and time-lapse photo,  including tilt pan and VR pan functionality. You will be able to capture 100 percent of the spherical range in photo and video without any blind spots. The camera enables you to capture, view and share bubbles either through its hardware or web and mobile apps. It is also possible to trigger capture from another room and preview the content via the live stream.

The Nokia OZO 360-degree camera features eight 2K-by-2K sensors which sync with 8 microphones, which is sufficient for capturing professional 360-degree videos. The camera captures 360-degree spherical video including 360×360 surround sound with unique interactive monitoring to enhance the quality of Virtual Reality production. However, Nokia OZO is beyond the reach of consumers, since it is priced at $60,000.

Giroptic offers the ability to capture 360-degree video in 2K and 4K panorama pics without any proprietary editing software. Priced at $499, Giroptic is designed in such a way that it is waterproof and durable. The camera has been manufactured using durable magnesium that provides a soft touch and shock resistance capability. You will also lightbulb adapter, with which you can capture videos from any hard destinations.

V.360 features dual mics and a wide range of sensors, which includes a barometer, altimeter and accelerometer. You will be able to shoot in FHD resolution only. The camera is shock proof including dust and water-resistance capabilities for up to 3 feet for 30 minutes.