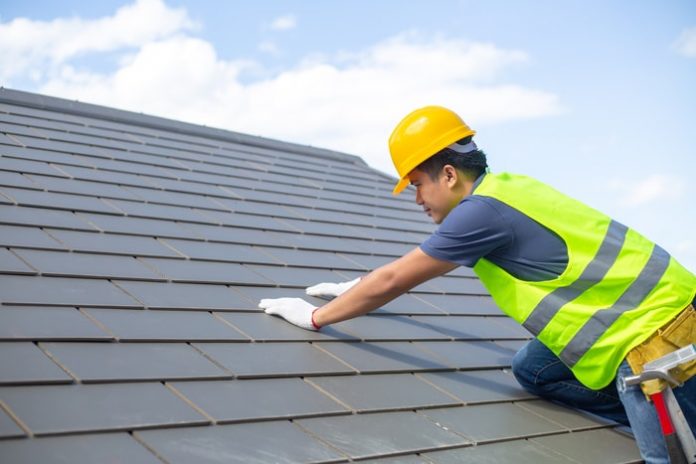 Roofs form an integral part of your house. They keep the heat in, provide a defense against the elements – be it wind, rain, snow or hail – and prevent the inside of your home from collecting damp and mold.

Unsurprisingly, this makes it susceptible to damage and deterioration, and while thorough maintenance will undoubtedly increase its lifespan and stop smaller problems developing into bigger ones, at some point your roof will need replacing with a new one.

Finding out when the time has come, however, is no easy task, especially if you do not know what signs to look out for. Here are some key identifiers that will allow you to make a judgment as to whether it just requires a simple fix or if a whole new roof is necessary.

The consensus held amongst the majority of roofing experts concerning the lifespan of the average asphalt shingle roof is between 25 and 30 years. Of course, this varies depending on your location, the prevalence of adverse weather conditions in recent years, how the roof was first installed, and a range of other myriad factors.

Although many roofs are difficult to determine in age just from inspecting, a good sign to look out for is whether the shingles have started to curl or buckle. If you notice that they have, the chances are that they have surpassed their life expectancy and demand replacing imminently. Missing shingles, damaged roof valleys and a collection of loose granules in the gutter are also fairly reliable indicators that it is time for a new roof.

While it might be considered no more than a cosmetic issue for some, the buildup of excessive moss on your roof can cause damage to the shingles that will render them more or less useless should you attempt to clean them in the incorrect way. Both power washing and scraping is a guaranteed way of chipping off the granules and causing them to weaken.

Nevertheless, if you are trying to sell your house on the market and you have a roof covered in excessive moss and algae, then it could be an instant turn off for potential buyers. If you decide to replace the roof, make sure to opt for tiles that are algae-resistant to prevent the problem from occurring again in the future.

Light in the attic

If, when you go up into your attic, it seems brighter than usual, then chances are your roof has holes in it. Light entering into the attic also means cold and damp can get in, and hot air can escape, all factors that can have significant negative consequences in the long run.

Whether you will need to replace the entire roof or not largely depends on the extent of the holes, however, when age and costs to repair the structural damage have been taken into account, it might be considered wise to go ahead and invest in a new roof instead.

Signs of water damage can arrive in any number of different forms, including brown spots or rust-colored rings on the ceiling, chimney, walls, or any other affected areas. If it is a particularly bad leak, then there might be a collection of water below the area that has been exposed.

No matter how small the water damage might seem, it is always a good idea to get it properly checked out by local roofers before it becomes a bigger problem – in worst-case scenarios, excessive water damage can cause the roof to cave in, which could end up costing exorbitant amounts of money to resolve.

As painful as it sounds, replacing the entire roof, even if the signs are only small to start with, could be the best solution to avoid further issues.

Discovering that the time has come to get a whole new roof can be hard to accept. Not only is it expensive, but it will also require several days of disruption to complete the work. This can understandably turn out to be a stressful experience that you would rather not have to deal with, especially if you already have other concerns to deal with.

That being said, the problems likely to occur as a result of an unreplaced roof that’s past its best will, without a doubt, prove to be far more traumatic, expensive and time-consuming than taking the plunge and investing in a new one altogether.

Certain scenarios call for logical thinking, and when it comes to the roof over your head, you need to be as clear-headed and decisive as you possibly can.