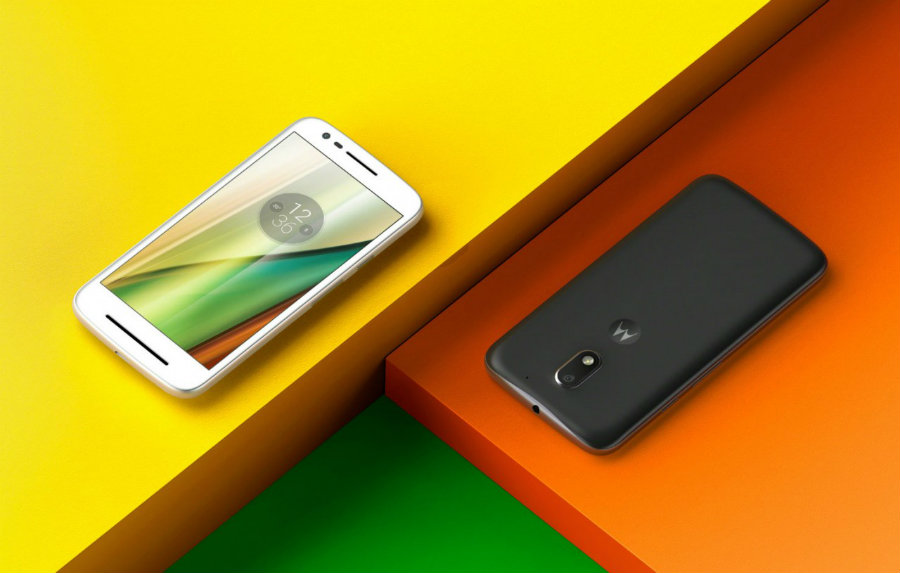 Lenovo (NASDAQ: LNVGY) announced the launch of two Motorola phones: Moto Z, that aims for a higher market, and the third generation Moto E, that continues to fit into the budget sector.

The upcoming models will hit U.S markets before the year ends, although it is rumored that U.K. store shelves will be their earliest destination.

The phone will be powered by a quad-core MediaTek processor CPU, combined with 1 GB of RAM and 8 GB of internal memory, with the option of upgrading through external microSD slot.

It will be powered by a 2,800mAh battery, enough to last 25 hours of full use. More so, its compact light build requires lower consumption than similar phones. Furthermore, the smartphone will probably run on Android OS 6.0 Marshmallow, which already carries a battery saving app called Doze. The program automatically puts mobile devices in sleep mode when in standby, while keeping the phone ready to use.

The E3 will carry an 8 MP back camera, while a 5 MP front-facing one for the selfies. The outer case will be protected by a built in Corning Gorilla Glass screen protector.
It has a slim body of 8.6 mm, and it’s little smaller than the E2 model. The design is similar to Moto G models.

As expected, the phone will stay in the affordable category, with a price tag around $130. It will arrive at the stores net September.

All in all, the E3 seems quite an improvement from the second generation. The display is larger, has better resolution, a more powerful CPU, and the battery capacity is increased.

According to Hello Moto HK, the Z will have a unique appearance. Reportedly it will come with newly released headphone jacks and an upgraded Type-C USB connector.

Other aspects of the Moto Z are a 5.5-inch Super Active-matrix organic light-emitting diode display, with 1,080 X 1,920 full HD resolution. Including a Qualcomm Snapdragon 625 octa-core CPU with an Adreno 506 graphics processing unit. Also, the Z has 3 GB of Ram and 32 GB of internal memory, and a front and back camera of 5 MP and 16 MP, respectively.

As for the Moto Z Forte, it upgrades to a 1440×2560 pixels screen, Snapdragon 820 processor, Andreno 530 graphics, 4 GB Ram shatterproof and both32 and 64 GB storage.
Both Z models will have Corning Gorilla Glass protection and will be powered by a 3500mAh battery.

Combined with the top of the line hardware, large battery, high resolution and permanent display, the Z Force is an excellent candidate to become a premium flagship for priced smartphones.

The smartphone will land on the international market next September, with an expected price of $624, while the Moto Z will raise around $750 to $800. As Lenovo is a China-based company, Moto Z model will be cheaper in the country, around $448. The Asian country will also see them first.