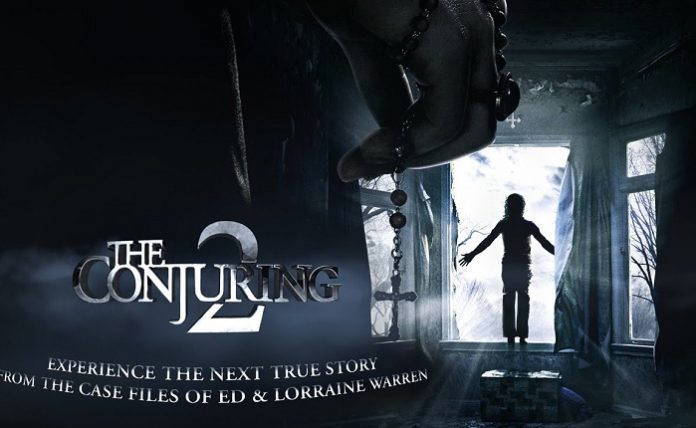 Hollywood horror film “The Conjuring 2″ hit the theaters all around the world on June 10, 2016.

The much-anticipated sequel of 2013 hit “The Conjuring” has succeeded in creating massive pre-release hype, and it reflected in the theater status of the opening day.

Most of the shows across the globe are fully packed, and people are coming out after the show are sharing the scary moments with its full gore.

This movie follows the footsteps of its much-celebrated prequel. It was set in 1977, and it showcases the life of a working class family. Things take a new turn in their life when they mess up with an Ouija board.

Unlike other movies which depict soul possession as a result of Ouija, this film depicts things in a different manner, and the audiences are being compelled to sit on the edge of their seats throughout the running time.

This flick has some drawbacks when compared to the first part, especially in the portions where concepts regarding ghosts are being explained. But James Wan, a specialist in making horror movies did his job with perfection, and slick narration saved the film from being emerging as an average grosser.

The movie is not to be watched by light-hearted people. If you are the one who used to get screamed with small shocks, then stay miles away. This outing has loads of shocking moments which will make you urinate, even though it will not make you scared like its prequel.

This James Wan directorial is dark and is filled with blood and gore. The director has tried and succeeded a new storytelling style which will create unexplainable shock in the minds of viewers.

Even little characters have enough screen space, and this strong cinematic language takes this flick to a new level.

This flick will create a revolution at the box-office for sure; let it be the European market or the Asian one. This film is here to stay, and will become a blockbuster without any traces of doubt.

The upcoming Warcraft also is making good moves at the box office.

Go and Watch the movie and let us know your thoughts in the comments section.