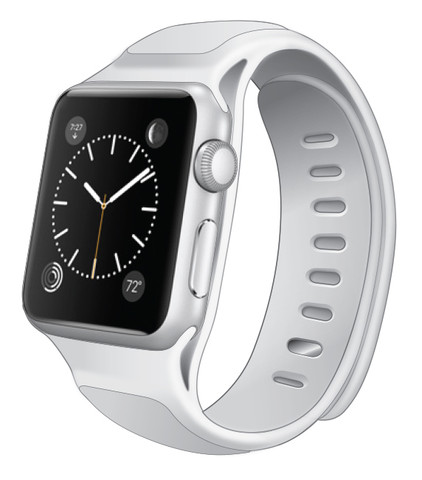 When the Apple Watch was released, numerous reports came out claiming it had a secret port at the bottom hidden underneath the strap, that was presumed to be used for diagnostic checks. Nonetheless, once the tinkerers of the world found out that there possibly could be a way to hack the Apple Watch, they went to work. Today, we’re seeing the first step of what could be an actual achievement.

The Apple Watch battery isn’t that great, in fact, it lasts just upwards of a day. Some people came up with the idea for having a battery case, but do you really want a bulky case around your watch? The folks at Reserve Strap have a more elegant solution to the matter.

The Reserve Strap is essentially a watch band that has a lithium ion battery built into it, that you will need to charge separately via micro usb. It claims to charge the watch up faster than with Apple’s wireless charger and judging by this video on their website, it does work but isn’t faster by much. It will also hold a charge of up to 125% of the Apple watch, in theory this will charge your watch up to full and then some, but we’re a bit skeptical about that actually working out in practice.

The band is available for pre-order now, shipping in fall, at quite a hefty price of $250 and works with all models of the Apple Watch.