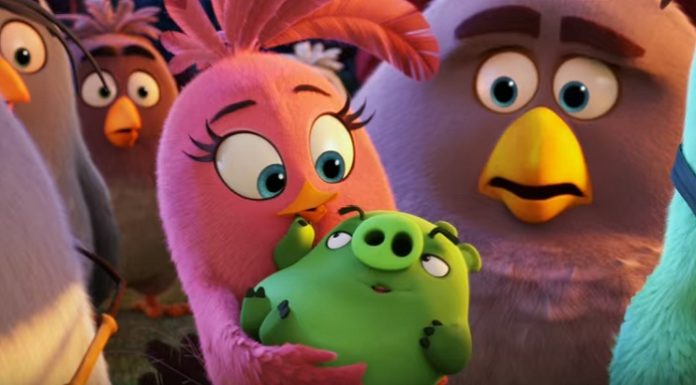 “The Angry Birds Movie,” a film based on the most popular video game hit the theaters all around Finland on May 11, 2016. The film will reach the U.S screens on May 20, and millions of fans of the video game are eagerly awaiting for its release in the nation.

According to initial reviews coming out from Finland, we can quickly conclude that this new flick has succeeded in tickling the funny bone of the viewers.

The movie showcases the story of our ferocious feathered friends who fights against pig foes who stole their eggs. The birds are led by ‘Red’ in the battle, as he has graduated from an anger management class where his therapist was a free range chicken. In his fight, he joins Chuck and Bomb and finally saves his island from foes.

This 3D animation movie is blessed with impeccable visuals which will take you to a new world of thrill, fun, and adventure.

“Angry Birds Movie” cannot be considered as an excellent flick, but it has umpteen numbers of excellent moments which will glue the audiences in theater seats.

The storyline is quite predictable, and there is nothing fresh in it. The major highlight of the movie is its crisp visuals.

The large, colorful locations offer the real treat to our eyes. The character designs are excellent, and it will surely satisfy the fans of the game.

Jason Sudeikis, who has dubbed for Red, has done an impeccable job. The supporting star cast which includes, Josh Gad, Danny McBride, Maya Rudolph, and Sean Penn have all delivered excellent performances. Heitor Pereira’s scores are pleasing, and it adds up the overall mood of the flick.

“Angry Birds Movie” is being made with a budget of $80 million, and it is being distributed by Columbia Pictures.

In the United States, this new film is expected to gross somewhere around $45 million in the Box Office by the end of the first weekend. The film will lock horns with “Neighbors 2: Sorority Rising” and “The Nice Guys” in the theaters.