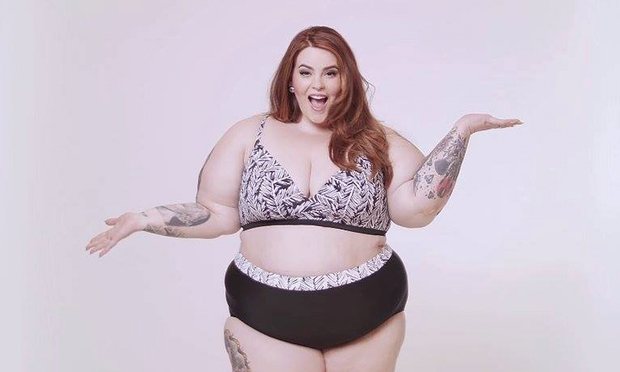 Facebook was forced to apologize after the company review team rejected an ad that featured Tess Holliday, who is a well know plus-size model.

To promote a latest body positive event, titled Feminism and Fat, the Australia based group Cherchez la Femme, made an attempt to submit an advertisement for the upcoming show. They reportedly published an image of Tess Holliday, who posed in a bikini.

According to Facebook, the image failed to comply with the health and fitness policy guidelines formulated by the company. Even though the group appealed against the rejection, Facebook’s ad review team defended the decision.

The team observed that certain ads may not completely follow their guidelines. Moreover, ads like those posted by the group are not allowed since they tend to have a negative impact on users, especially teenagers. They suggested uploading an image of a relevant activity, show or performance.

Meanwhile, Cherchez la Femme took to Twitter and posted that Facebook hasn’t yet revealed why the company tagged a fat woman’s body as undesirable without giving an opportunity to be heard.

Since Twitter is an evolving platform, the tweet got several comments and retweets and a number of people attacked Facebook of incorrectly tagging a fat women’s body as undesirable, while another substantial proportion defended the social networking giant.

This amounts to discrimination and the social media company will be liable to answer in a court of law, adds a response for the tweet.

After taking into account the huge outcry over the issue and possible media coverage, Facebook apologized for its initial view. They also informed the group that the image does not violate any of their guidelines in place after a careful second scrutiny. Facebook stated that the rejection of the ad was an error.

In a communication delivered to Cherchez la Femme, Facebook revealed that they would not be allowed to promote their event because the images grossly violate the company’s Ad Guidelines by uploading and promoting an idealised physical image.

Responding to media, Jessamy Gleeson, co-producer of the group, disclosed that she was shocked by the language used by Facebook in the original rejection email. Gleeson said that it is horrible to isolate women with fat bodies since they are also capable of living like anybody else.

Although the group was not happy with the apology tendered by Facebook, Gleeson urges the company to re-examine the current policies and guidelines to make sure that no other woman in this world face this kind of humiliation. She also urges the company to formulate new rules to identify fat personalities.

Tess Holliday, aka Ryann Maegen Hoven, is a professional American plus-size model based in Los Angeles. She is a self-proclaimed “body positive activist” and started her #effyourbeautystandards campaign on Instagram in 2013.