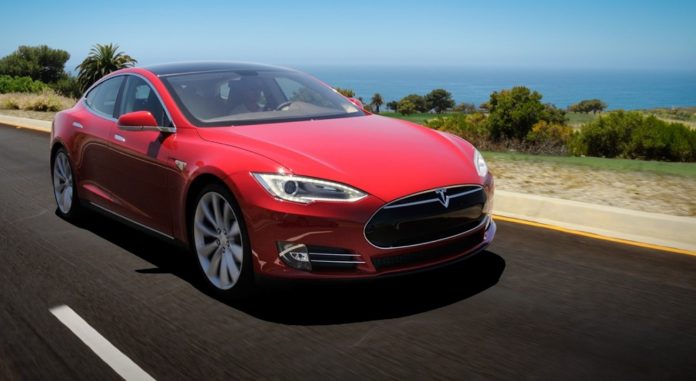 In February, Tesla Motors Inc. revealed that its premium sedan, the Model S, outshone all of the traditional, internal combustion engine powered popular vehicles, including Audi A8, BMW 7-Series, Mercedes S-Class, and Porsche Panamera. Now, a British newsletter has confirmed that the electric sedan is indeed the best-selling European luxury vehicle.

All through the last year, the EV had been threatening rivals that to win the race as it broke down the S-Class’s neck by the end of the third quarter. The market consists of countries including France, Germany, Italy, Spain, and the UK.

AID stated in the report: “A first sign of what the future holds in the store has emerged from AID’s model sales figures from last year’s fast recovering West European new car market.” Tesla sent a strong signal to automobile market heads in 2015.

Tesla’s biggest European market is in Norway, which contributes roughly to 8% of the total deliveries.  However, Model S deliveries remained flat year-over-year (YoY) at 4,039 units, according to Electrek. Furthermore, it sold just 705 sedans in the first quarter of the fiscal year 2016 (1QFY16), compared to 1,532 units in the prior-year quarter.

Interestingly, even with the lesser population, Sweden was the sixth biggest market last year, ahead of France and the UK. The sales for the Model S had gone up by 271% to 996 units in 2015.