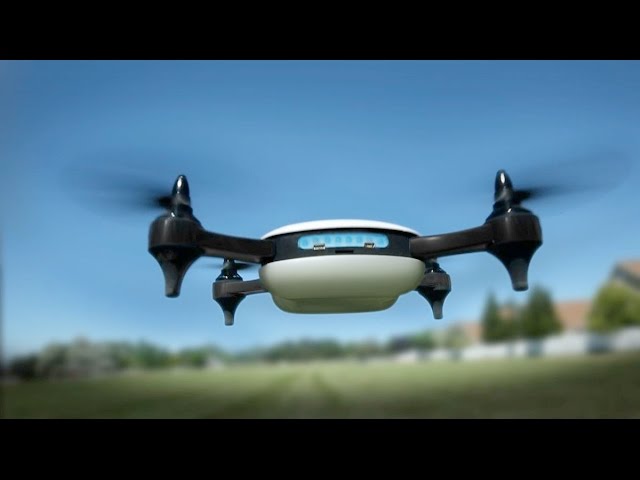 George Matus is now technically a millionaire, and he was 11 when he started flying model aircraft. His business, called Teal Drones, Inc., began this past Wednesday with the goal of changing consumer drones from just a flying camera to a multi-purpose tool, like a smartphone or a computer.

At age 14 Matus began building his drones and at age 18, he launched his $2.8 million drone company along with the world’s fastest consumer drone.

Teal CEO George Matus has said that DJI is his company’s main rival, but that they are only focused on building camera drones, while Teal drones aspire to become the future of the industry by diversifying their use.

Although DJI and their Phantom models rule the market, the reality for Matus is that, right now, drones only serve as cool flying cameras, wasting many profitable market opportunities. For that reason, the Teal drone will have a module for a thermal camera, which can be used in firefighting search-and-rescue missions for example.

Another module will provide the drone with sense-and-avoid capabilities via radar. The Teal will also have a follow-me mode that can follow people, cars, and other objects. All of these characteristics will certainly capture the attention of the police forces and the army, the latter being a big (if not the biggest) and lucrative market.

With his Teal multi-use drone, Matus is specifically targeting the UAV market, which is expected to show profits of $4.5 billion by 2020, according to Business Researcher. Meanwhile, the drone market only made $720 million in 2014. You do the math.

Not to mention that users will be able to race each other at more than 80 mph. Being twice as fast as DJI’s Phantom 4 will give Teal the edge in drone racing.

It can fly even in 30mph winds, conditions that tend to keep many other drones grounded. If you think the Teal drone would make Vin Diesel proud, Matus’ rise to the top was also fast and furious.

The son of an entrepreneur, Matus spent his early years racing, as well as building drones and helicopters. With only 18 years old, he earned a $100,000 fellowship from PayPal co-founder and billionaire Peter Thiel, which also allowed him to lure investors who to that point had rejected his approaches.

Subsequently, Matus secured a $2.8 million in seed funding from various investors to launch Teal Drones and to build the company’s first product. All of this while he was still in the senior year.

Now it’s time for his company to match his ambitions and become the No. 2 competitor to DJI, which has a 50 and 70% market share of the U.S. drone industry, according to Skylogic Research.

A seemingly tough task, that looks even more complicated when you realize that 3D Robotics, the company touted to become DJI’s main rival, failed to sell as many drones as expected, thus having to lay off staff and even shift their sights to commercial apps. GoPro also looked like a serious competitor but has continually delayed its drone.

The Teal is already available for pre-order at a cost of $1,299 and will ship in early 2017. The drone is about 10 inches in diameter and weighs 1.6 pounds, making it easy to carry everywhere even in your back pocket. Bonus track: it’s water resistant.

Pre-order deliveries of the Teal will happen during the 2016 holidays, while the rest will have to wait for the drone until early next year. All drones are going to be produced in the United States, something that could play in their favor as the Teals look to dethrone the China-based DJI’s Phantom 4.

The Made in USA drone is controlled with an iPhone or Android remote control app, but it’s also expected also to support other types of controllers like Xbox controllers. It has a range of 300 feet with Wi-Fi and 2,500 feet on extended Wi-Fi, while it has a built-in GPS.

Powered by the Nvidia TX1 supercomputer, the Teal drone has a 13-megapixel camera that can record 4K video, live stream at 720p, and take 13MP photos.

“You could plug this into a TV, or even play video games with this”, according to George Matus.

Planning To Buy A Car? Here’s Some Important Advice