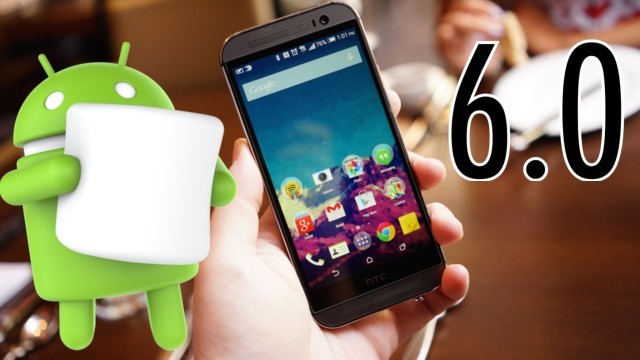 A few weeks ago, there were reports that HTC is hoping to update Sprint’s HTC One M9 with Android 6.0 Marshmallow, before the end of January.

Even though this had not happened, the company is keeping up with the trend that is followed by other flagship smartphone manufacturers and has released an official confirmation, that its device is indeed eligible to the Marshmallow update, which the users can download over-the-air (OTA).

As in all cases, the rollout will not happen for all the handsets at once, but it will be done in batches. However, it is expected that all handsets will be updated within the next few months.

For refreshing your memory of the offering by HTC, here is a brief summary of all its major specs.

To accommodate this heavy spec sheet, the Taiwanese tech giant has backed up the flagship smartphone with a 2,840mAh battery. It is worth noting that various users have reported that the particular battery size has proven inadequate in certain occasions, so let’s hope that HTC has managed to address the issue with the latest update.

Has your Sprint HTC One M9 smartphone received the long anticipated Android 6.0 Marshmallow update treatment? Feel free to let us know in the comments below.