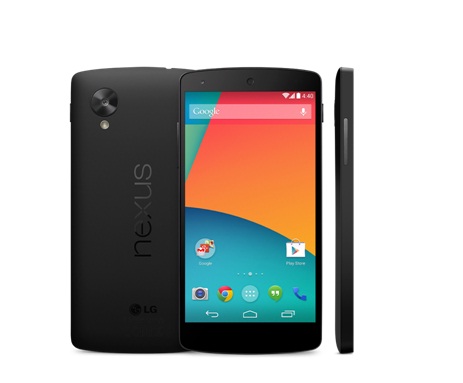 Many of us were expecting that, this year, 2015, Google (NASDAQ: GOOGL) will come out with two new Nexus smartphones in the market. In case you are planning to get a new Google Nexus and waiting to know the specifications and features it has, your wait is over. Reportedly, the specification and the price tag for Google Nexus 5 and Huawei Nexus have been leaked online recently.

According to the blog post which has been published on the technology website called GizmoChina, here are the key hardware specification and features of LG-made Nexus 5 (2015) model:

Other features that are not listed above include: Bluetooth 4.2, NFC, and Wi-Fi, along with the Mediatek MT3188 charging receiver. LG-made Google Nexus 5 is also said to have frontal stereo speakers, rear-placed power button with fingerprint sensor, and USB Type C connector with QuickCharge support.

Talking about the Google Nexus smartphone that Huawei is planning to bring out in the market, it is said to have 5.7-inch QHD (1440x2560p) screen with the metal unibody design. Taking camera into consideration, it is said to have a 21MP rear camera with IMX230 sensor and Rezence/WiPower wireless charging capability.

According to the report, the expected price of the LG-made Nexus 5 should vary between $300-400 and both the smartphone will be there in the market at around October-November this year. One more thing, both Google Nexus 5 and  Huawei Nexus might be the first one to get Android M, the next version of Google’s free mobile Operating System.