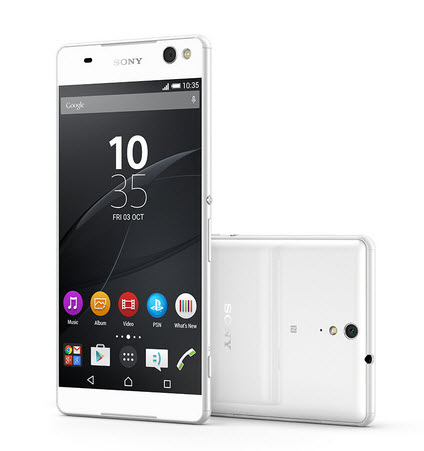 US – The 6-inch Sony Xperia C5 Ultra is the latest smartphone rumored from Sony to launch in the next couple of days. A distinctive frameless smartphone looks gorgeous with effective design and camera. According to a Russian website, this handset is supposed to launch along with a similarly priced M5. C5 Ultra is expected to be launched at a price of $350 and will be called C5 Ultra instead of T4 (the name decided earlier). On the other hand, the handset weighs 187grams which sounds right for the size.

“We made it bigger without getting bigger,” said Sony on the official announcement of the C5 Ultra.

“With Xperia C5 Ultra, we’ve managed some smartphone magic. We’ve managed to maximize the display without adding bulk to your phone. With a wafer-thin bezel, Xperia C5 Ultra is almost all screen. Together with a cool aluminium frame and an ever so slightly curved back, it’s a smartphone that feels as good as it looks.”

As per few websites and leaked photos, the six-inch HD Sony Xperia C5 ultra looks classy and has a slim look. The handset is strong on selfie photography with a front flash. Sony brags 13 megapixels camera on the front, which is much more as compared to Sony Xperia C4. It is confirmed by the Tech Times report that the handset has a bezel-free display. The bezel size is less than 1mm thicker (0.8mm approx.), which makes it look extremely slim. For many other companies, Bezel-free display design is a paramount challenge which they have been trying for years.

The handset design and performance seems good without compromising on other features.