Sony Interactive Entertainment Europe (SIEE) has presented the new pair of officially licensed professional controllers for the PlayStation 4. In a PlayStation Blog‎ post, the company vowed to dominate competitors with the Razer Raiju and Nacon Revolution.

Each controller offers a different layout as well as a range of innovative Dualshock 4 features. Is up to gamers to choose which of them complement best their gameplay style. Both controllers are compatible with all PS4 models and can connect to the system via a detachable 3m-long USB cable.

Sony Interactive Entertainment has three main headquarters around the world. One in the United States, another in Japan, and the London-based SIEE which controls operations in Europe and Oceania.

The Raiju comes equipped with two custom profiles. Pro Gamers can instantly switch between the profiles and even modify them. Further features include a 3.5mm headset jack as well as volume and mic mute controls. For intense gaming sessions, the Raiju provides competitive players extra grip through detachable analog stick rubber caps.

The Elite also has removable back triggers, replaceable sticks, and can turn hair triggers on. But unlike Sony’s deal with third-parties, Microsoft does manufacture the Elite, which sold out quickly after hitting stores last year. The company released a new Xbox One S controller, too. It sold 79,000 units back in August.

The Revolution controller by Nacon is another story, though. PS4 controllers have both sticks on the bottom but not this one. Similar to Xbox One controllers, the Revolution has one on the top and the other on the underside. 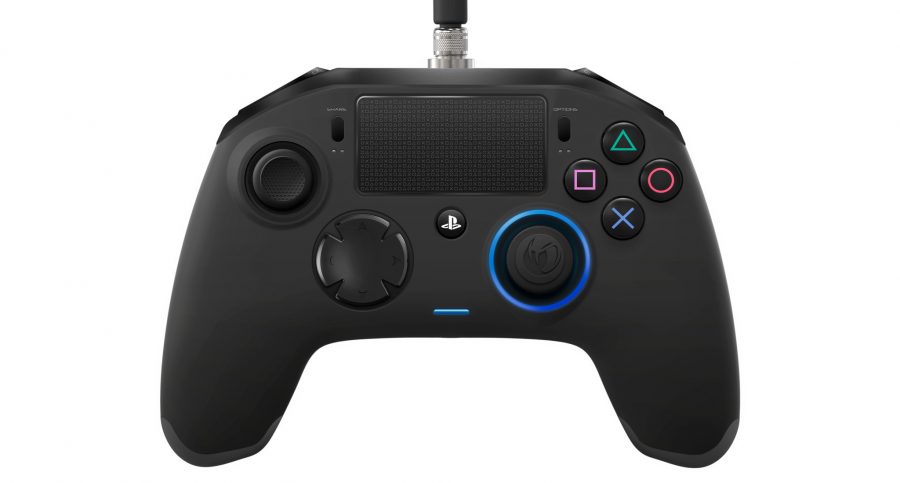 The controller also has four custom profiles. Players can configure them via the companion PC application for remapping buttons, assigning macros to the four shortcut controls, and adjusting analog and trigger sensitivity. Finally, the Revolution comes equipped with two internal compartments which have six additional weights for customized balance and feel.

The Razer Raiju and the Nacon Revolution will be available in Europe sometime during this holiday season. Since Razer is an American company, the Raiju should arrive in the States as well. Tricky to say the same with the European-focused Nacon. Prices for the controllers are still unknown, but they could be in the range of the Elite which costs $150.