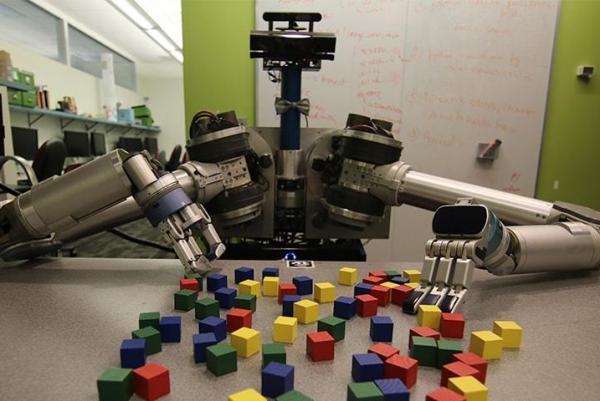 Clutter that is the biggest hurdle faced by any robot during its functioning has finally been resolved. A new software designed by the engineers at Carnegie Mellon University is helping robots to cut through the clutter to complete their task.

Clutter can be distracting and make it hard to do the works not only for humans but also for robots, whether that is travelling through a messy living room or getting a milk jug from the refrigerator.

The software works by teaching about the physics and its surrounding to the robot. Making him understand that which objects can be moved and how. It also makes robot aware of which objects are not moveable and which are delicate.

The software was first tested on their Home Exploring Robot Butler (HERB), and it showed a very positive outcome. They founded the software is not only aiding to HERB’s clutter cutting process but also enhancing the creative problem-solving skills of the robot.

“The 270 – degree range of the robot’s wrist led to the behaviour we didn’t expect,” said Siddhartha Srinivasa, associate professor CMU. “ it was exploiting sort of superhuman activities” he added.

The software was developed by Jennifer King and Marco Cognetti, P.H.D students in robotics, at Srinivasa’s lab. The spent six months in the lab to develop this software.

Apart from HERB, researchers have also tested this software on NASA’s KRex robot, the latest lunar rover model of the NASA. They used software to find traversable paths across the obstacle- filled landscape.

The software also helps the robot to map out a strategy for navigating around the barriers. On Thursday, the researcher will present their research paper at the IEEE International Conference on Robotics and Automation in Sweden.