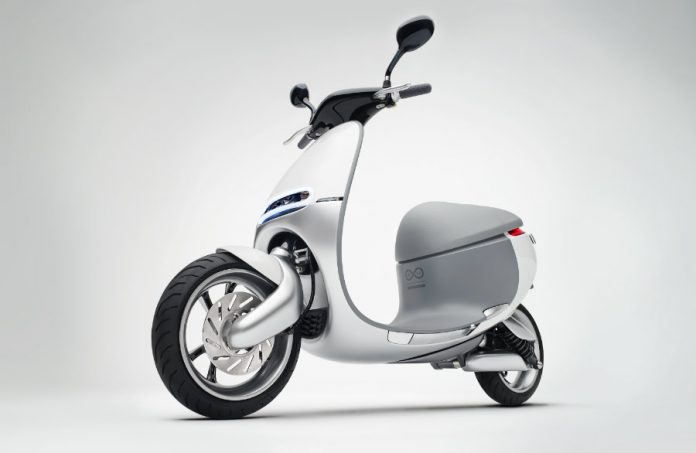 The Taiwanese scooter seller company Gogoro announced a partnership with Coup, a subsidiary of electronics Bosch. The coup is a smart e-scooter sharing service that started today in Berlin using the Gogoro Smartscooter.

How does the sharing service work?

Over 200 of the Gogoro Smartscooter are going to be used for de Coup service as of today. Anyone over 21 years old and with a valid driver’s or motorcycle license will be able to rent a scooter from one of the neighborhoods in Berlin to provide the sharing service, like Mitte, Prenzlauer Berg, Friedrichshain, and Kreuzberg.

Even though the scooter can go up to 96 km/h, the company governed a maximum speed of 45 km/h. The customers will have the option to pay €3 for 30 minutes of riding or €20 for a full day, and the service is accessed through a Coup app that makes simpler for the user to find the nearest scooter and pay for it.

The trunk is electronically locked, and after the customer pays for the scooter, it is unlocked for grabbing a helmet. The program offers a basic insurance that is included in the cost of the service.

The scooter has a digital dashboard and a phone app that allows the owner to customize sounds and lights.

The most important thing about the motorcycle is the use of a battery-swapping system that lets customers grab charged batteries from kiosk around the city, a feature that will not be implemented, at first, in Berlin for the sharing service. Instead of letting people swap the batteries by themselves, Coup employees are sent to swap the batteries of scooters with a battery level lower than 20 percent.

If a scooter is under 20 percent of battery, it becomes unavailable for renting, and it disappears from the map, preventing customers from renting it. Also, Coup employees will be checking on the scooters periodically looking for any damage and for cleaning them.

Founded in 2011, Gogoro is a Taiwanese company that develops and sells electric bikes and infrastructure for battery swapping. It is a leader in technology regarding innovation for the use of sustainable energy in urban transportation. They have a mission to improve how the cities utilize energy and transform them into smart cities. It was created by HTC chief innovation officer Horace Luke who had financial backing from companies like Panasonic.

The Gogoro Smartscooter was first introduced back in  January 2015 at the Consumer Electronics Show (CES) in Las Vegas along with the battery-swapping feature with the name of Gogoro Energy Network.