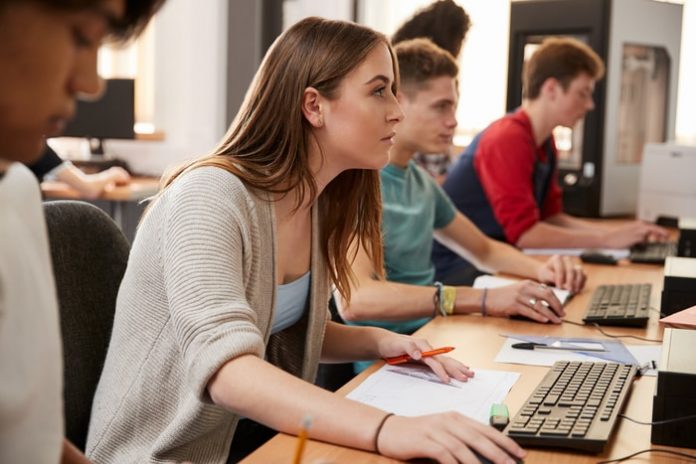 Before knowing about the certification let us know about what is a python, why should we learn python, and then how can we get a certification in python.

Python was first introduced in the year 1991 by a Dutch Programmer named Guido Van Rossum. Python generally is an interpreted, high-level general purpose programming language. Python has varieties of functionality such as multiprogramming paradigms, procedural, object-oriented, and also functional programming. The most important part of python that makes it different from other programming languages is its huge collection of standard libraries. Its libraries make it more easy and reliable for any programmer to the coding and get the best possible outcome.

Why should we learn Python?

Basically to the answer to this question is the benefits that we get from Python, and they are a wide range of benefits of learning Python.

As mentioned earlier Python is a great programming language for beginners as it is very easy to code, due to the availability of open source libraries, modules, and frameworks, coding becomes easier with the Python programming language. It also supports many standard formats and protocols such as MIME and HTTP. It has simple and easy syntaxes and rules unlike other programming like java and c++.

Portability is one more advantage of python. If you want a code that runs on any platform like Linux, Windows, and MacOS, then Python is the best and reliable option you are looking. Python can be fit into any software development scenarios like handling cloud infrastructure, developing websites, working with SQL database,  gaming, graphical applications and many more.

Data science and machine learning are other main aspects that python programming language has always looked forward to. Data is one of the most crucial parts of the digital economy and Data Science has been ranked as one of the most preferred and hottest professions of this century.

Certification in python on Data Science will provide a safe and healthy career in Data Science and Machine learning. It also develops skills for data analysis and data visualization. Over 2.5 million jobs in Data Science is available in different countries around the globe. Data Science and analytics professionals almost have an average starting salary of over 80,000 $ in the US.  And Python is the most preferred language for Data Science.

And now most important the job opportunities in Python are massive. Python is one of the most crowd-pleasing, well- received and rapidly growing programming languages around the globe now. As the python has a diversified domain of applications, career opportunities on python are flourishing day by day all around the world, making it the next big thing for the IT professionals. According to IEEE python is the most popular language for data science. The other domains of python consist of web development, Big data, game development, AI, web testing, etc. Software developer grabs the highest salary packages around the world on an average of 110,919 $ and Data scientist also earns about 96,674 $ on an average.

How to be a Python certified programmer?

Now after knowing all about Python, its origin and benefits let us move on to the most important question and that is how to earn a Python certificate. Well, many of you must be impressed about Python so far but the question that might be a little disturbing you is how will I learn Python or where will I learn Python. It’s obvious for anyone to be worried as there might not be any guide for Python around you or your cities. So, I am going to tell you how to get rid of these worries about Python.

You will be glad to know that the Python Institute has taken initiative towards the standardization of Python Programming certification, which allows individuals all over the world to learn Python, earn a certificate and get recognized for their work. Isn’t it something great to know?

The leading computer testing organization Pearson VUE and OpenEDG Python Institute, has taken initiative to provide any individuals to test their programs and earn a certification of the highest quality. They provide with a high-quality certificate that helps you to get industry recognition of knowledge, skills, and proficiency in Python programming. The cooperation of Pearson VUE and Python institute has developed an international Python programming examination standard.

Any individual can take certification exams at three competency levels:

3. Professional level: this level of certification is subdivided into two levels:

Once you are done with theses level of certification then you become a Pro in Python and ready to hit the floor of any organization as a Python developer or programmer. Almost all the leading organizations working on Python look for this certification and having one of these really makes you special for others. For more information, go to Python Tutorial or you can log in to the official website of www.pythoninstitute.org and know the course and certification in every detail. So, enroll yourself to the world of Python, get certified and get ready to be hired by any organization and built a satisfying career in Python.