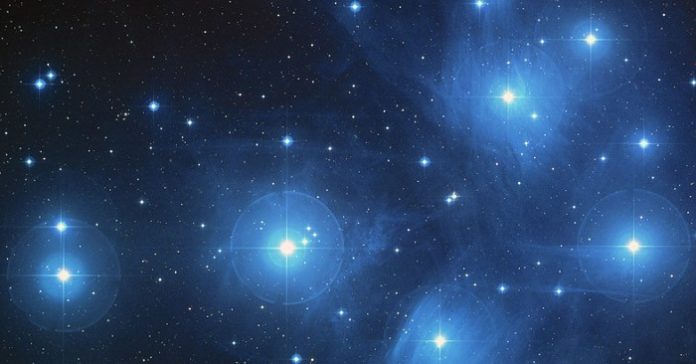 A group of Washington scientists accurately defined the date referred to in a 2,500 year old poem by the Greek poet Sappho called “Midnight Poem”, according to the night sky described in it.

Sappho has a wide array of significant and pristine poems. A part of the poem envisages a cluster of stars named “Pleiades” or “The Seven Sisters”, from a Greek island called Lesbos (yes, the word ‘lesbian’ is derived from here).

The researchers used an advanced astronomical software called ‘Starry Night’ to determine that the night referred to in the poem was on 25th January, 570 BC. This is also the estimated year in which she died. What a way to go!

Following are a few lines of the ones talked about:

“The moon has set,

the time is going by,

and I sleep alone.”

There is a specific mention of the Pleiades that makes the poem very interesting because it has a cultural, mythological and astronomical significance. The Seven Sisters are closely associated with the season of winter, as their visibility is more prominent during this season.

The brightest star in this cluster is the Alcyone. Its geometrical position in the centre of the cluster makes it the most adequate object to record the cluster’s rising and setting.

Earlier estimations by researchers had proved that the night was between mid-winter and early spring, with the help of a proof that the sun’s altitude is minus 18 degrees and the sky is perfectly dark on 31st March.

Her work may have been subjected to severe and perhaps unwarranted scrutiny because of her scrutiny, but her clarity in astronomical observations are sublime in nature and was, in fact, pivotal in this discovery.

This landmark date could be instrumental in defining the exact dates of historically, geographically and astronomically significant events.