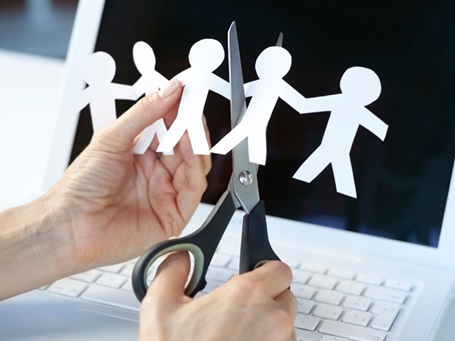 A celebrated acquisition of Nokia’s Devices and Services business meant that Microsoft was free to do smartphone business the way it wanted to. However, it did not go the way Microsoft wanted to, in fact it went exactly opposite and we saw the repercussions in Satya Nadella’s yesterday’s announcement of 7800 job cuts.

Satya Nadella’s decision to cut down 7% of its workforce (7800 jobs), comes on the backdrop of Microsoft’s falling love affair with its smartphone business. The latest layoff is seen as a follow-up to the last year’s reduction of 18,000 jobs in Nokia’s devices and services business which was announced soon after Nadella joined.

In the near term Microsoft is unlikely to quit the smartphone business, however the extempore has certainly shifted to somewhere else. Satya Nadella email to employees gave clear indication of Microsoft’s falling love affair with smartphone business. He mentioned

Nadella’s email is an indirect submission against Apple and Samsung, hinting that Microsoft is no longer looking to compete against the likes of iPhone or Android powered smartphones. Microsoft’s phone market share has remained at a mere 3 %.

Most of the job cuts would happen in Finland where many of Nokia’s employees are on Microsoft’s payroll. It is estimated that Microsoft would be thinning almost 66% of its Finland staff. Satya Nadella had earlier announced the departure of Stephon Elop, a top ranking Microsoft executive from Microsoft’s devices unit.  This was yet another signal that devices unit was losing Nadella’s confidence, and eventually most were removed.