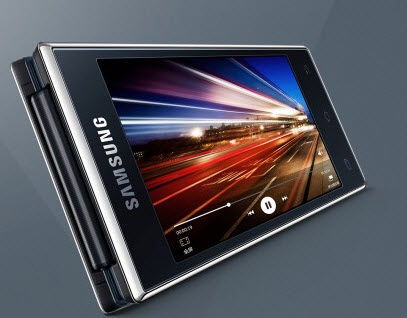 China – While the world is probably still talking about the recently launched Galaxy Note 5 and Galaxy S6 Edge+, the South Korean tech giant Samsung has officially unveiled a new smart flip phone in China. By looking at the high-end specs, SM-G9198 is considered to be the most powerful Android-based flip phone. Back in early July, the handset had also passed through TEENA – China’s equivalent to the FCC.

In many parts of the world, the flip phones have gone out of the market much the same way as the dinosaurs! But there are several Asian regions where these devices are still popular. Thus, LG and Samsung are still willing to offer Android power flip phones in select markets. LG has also announced its recent Android-based Wine smart flip phone in the international market. But at the moment, it is unclear if Samsung will ever launch its smart flip phone out of Asia.

Key Specifications and Features of SM-G9198

What actually makes the SM-G9198 stand out from the other smart flip phones is its specs. The dual screen flip phone sports two 3.9-inch 1280×768 Super AMOLED touch displays. Both the displays are protected by Corning’s Gorilla Glass 4; which is the same ultra-resistant glass found in the Samsung’s high-end handsets like Galaxy Note 5 or Galaxy S6.

Running on Android 5.1.1 Lollipop OS, the smart flip phone is powered by hexa-core Qualcomm Snapdragon 808 chipset; unlike its high-end devices which sports its own in-house Exynos chips. The smart flip phone has 2GB RAM and 16GB of expandable storage.

SM-G9198 houses a 16MP rear camera with LED flash and a 5MP selfie shooter with an aperture of f/1.9. The two cameras and the features seem to be the same as on the recently launched high-end devices like Galaxy Note 5 and Galaxy S6 Edge+. The smart flip phone has dual-SIM options, LTE connectivity, a heart-rate sensor and a 2,020 mAh battery which is said to last 189 hours of standby.