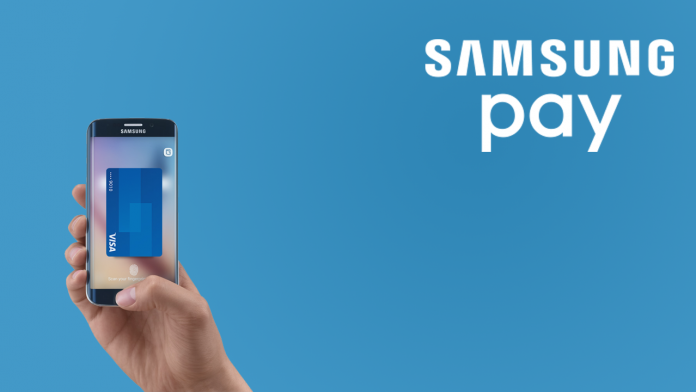 Samsung launched a service that allows users to pay using their phone, right in the store. They launched Samsung Pay earlier this year along with their flagship device, Galaxy S6. Samsung Pay stores credit card information in a secure token and payments must be authenticated using a fingerprint scan.

The company is planning to expand their payment service to the U.S. next year. According to Reuters, users will be able to make purchases online with Samsung Pay. It is expected for the service to be available on lower-end Samsung devices and not just the Samsung’s latest and greatest.

The payment service launched in the U.S. back in September and thanks to Samsung’s acquisition of LoopPay, has an advantage over competitors because it can both emulate magnetic stripe cards and use NFC technology like Android Pay and Apple Pay. Duly to this fact, Samsung Pay has a much wider range of destinations where the service can be used. As Verge states, it works almost anywhere where your credit card does.

In an interview with Reuters, Thomas Ko, vice president and global co-general manager of Samsung Pay, claimed that the service is already the most widely accepted mobile payments system in the U.S. because of its compatibility with most credit card terminals.

Having said all that, mobile wallets didn’t really get their fifteen minutes of fame yet, as they are still not the chosen method of payment in the U.S. and we think Samsung Pay can change that with their credit card-emulating technology.