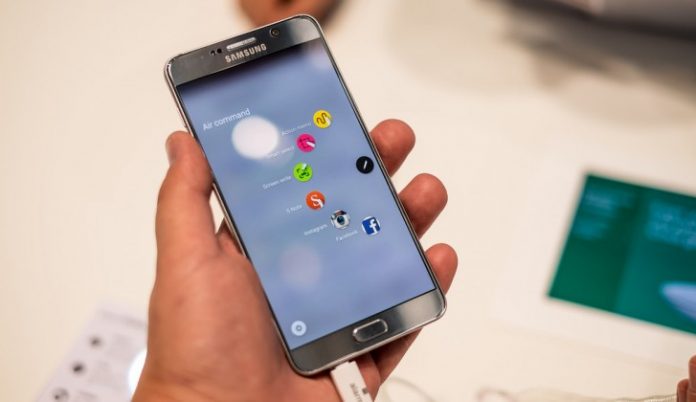 Samsung’s Galaxy S7 is flying off the shelves, but industry analysts are already looking to the company’s next big release. Speaking to Bloomberg, one expert predicts that the Galaxy Note 6 could arrive early in an effort to boost sales.

“We expect Samsung to release the Note 6 a month or two before the Apple iPhone 7, to try and grab that window of opportunity,” said Neil Mawston, the executive director at Strategy Analytics. He also noted that the Galaxy S7 will still likely be “the world’s best-selling Android smartphone in 2016.”

The article focuses both on the success of the Galaxy S7 and the recent price drop of the Note 5. The S7 was launched in early March. This also gave a nice time frame for the Chinese competitors — Huawei, Xiaomi etc. — to release their own devices and soak up the sales before the launch of the iPhone 7.

Samsung may try a similar strategy in order to avoid a head-on collision with the next flagship from Apple. At present, there is not much known about the device, but it’s expected to arrive sometime this summer running Android N software out of the box.

The flagship phablet could also pack a 5.8-inch Quad HD display, a 12-megapixel rear camera, 64GB/128GB of storage and a whopping 6GB of RAM.

As we mentioned earlier, the 2015-released Note 5 has recently gone through a $150 price drop. It has the same camera as the S6, which was the best unit in the market before the S7.

With a 5.7 inches wide Super AMOLED screen, running on a resolution of 2560X1440 and an Exynos 7420 Octa processor with 4GB of RAM, and  3000mAh sealed in battery, the device is definitely worth the money.

What would you like to see improved on the Galaxy Note 6? Do let us know in the comments down below.