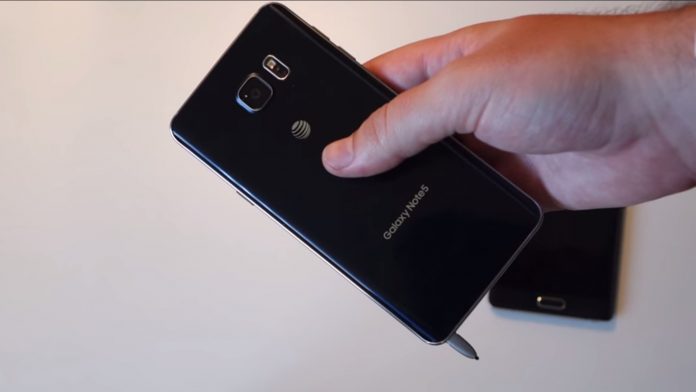 Samsung’s (NASDAQ:SSNLF) flagship Galaxy line-up is widely known for its good looks, especially when it comes to the latest addition, the Note 5.Though, sometimes, usually duly to poor judgment, mistakes are made that essentially result to chaos.

In our case, the fifth iteration of the phablet series, Note, was evidently found exposed to a major issue caused by its factory stylus, the so-called S Pen. The folks over at Android Police pointed out that if you would insert the pen the other way into the port then it will be impossible to get it out. It will forever be stuck in the hole unless you actually break the phablet. That is quite the bummer.

Out of curiosity, I looked up people’s reactions on the matter on various social platforms including Facebook and Twitter, some of them suggesting that you cannot blame the phone maker for simple human stupidity. The particular statement does make some sense to a certain degree, though everyone should bare in mind that this type of accident could easily happen due to attention distraction and alike, hence Samsung should have made it possible to take out the stylus either ways. It is peculiar since there was no similar issue at all with the last generation.

Following consecutive reports of the incident from a number of news outlets, Samsung itself issued a statement about the whole matter:

“We highly recommend our Galaxy Note 5 users follow the instructions in the user guide to ensure they do not experience such an unexpected scenario caused by reinserting the S pen in the other way around.”

It certainly is not something jaw-dropping; if you look at the past Samsung own’s arch rival, Apple (NASDAQ: AAPL), had made much more severe hardware mistakes, like bendgate with the iPhone 6 and the antenna misplacement on the iPhone 4, causing drop calls out of the bloom. I guess nobody is perfect after all.