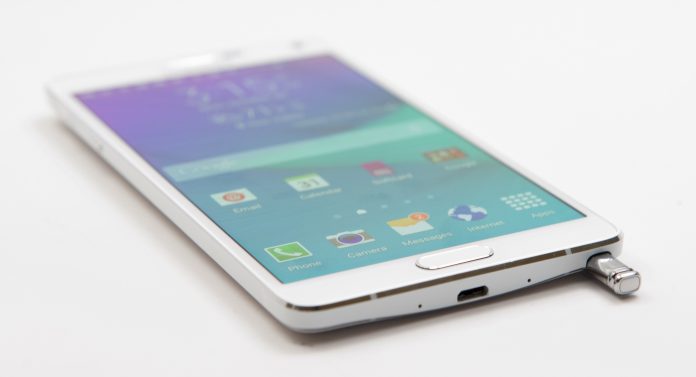 NEW DELHI,INDIA- Samsung Electronics (NASDAQ: SSNLF)The Samsung Galaxy Note 5 is the company’s fifth and latest addition to the Note series and was announced one month ago in New York, along with the Samsung Galaxy S6 Edge plus.

The smartphone – pretty often referred to as phablet – was released in the Indian markets this Monday and is expected to enter the sales period on September 20th while the company’s other premium smartphones will surely follow.

The Note 5 launched in the US last month in two variants, one with 32GB of internal memory and one with 64GB. Now both variants will be taken to India for the matching prices of Rs 53,900 and Rs 59,900.

The phone’s specifications are absolutely worth mentioning, as it runs with a 5.7-inch Quad HD Super AMOLED display (518ppi), 4GB of RAM and is powered by an octa-core Exynos 7420 processor.

There’s also a 16MP camera on the back, a 5MP one on the front, while this device’s design is elegant, narrower bezel and curved back.

“The Note portfolio, when we conceived it, was the first in that display size, first in productivity. On one part the market and other brands have picked up the big screen, but on the other hand with the S-Pen, we offer productivity and creativity capabilities to the consumers. So far, we’ve been alone in this segment and happily so.”

Another worth mentioning feature is the S Pen which makes the Note 5 a top of the class performer, with only a few clicks.

A big bummer here is that despite removing the microSD slot from the Note 5, that way freeing up space for a bigger battery and such, Samsung placed a smaller 3,000mAh battery (the Note 4 had a 3220 one) which features wireless charging.

It is definitely going to be a challenge seeing a 3,000mAh brick against a QHD 5.7-inch display, so stay tuned for more.