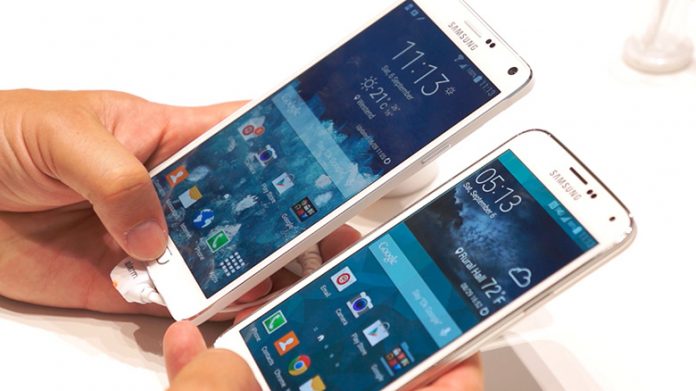 Users in Europe, India, and the United States are reporting receiving the much-awaited OTA notification on their Exynos-powered Galaxy Note 4’s (SM-N910C model). According to GSM Arena, this update will bring about to write on the screen when the screen is off to the Note 4. This feature was first seen on the Note 5.

Talking of the visual changes, the user interface on the Note 4 will be updated to match the UI that we see on the Note 5. Other than that, users will also be able to use the standard features that were released with Marshmallow, like revamped permission model, Doze mode, and Google Now on Tap.

In total, the update will be 1.3GB in size and brings the build number to N910CXXU2DPCB. As always, in case you haven’t received the OTA notification, you can check for the update manually from Settings>About phone. You can also get the update by connecting the device to Samsung’s PC companion software.

As always, in case you haven’t received the OTA notification, you can check for the update manually from Settings>About phone. You can also get the update by connecting the device to Samsung’s PC companion software.

Sprint’s version of the S5 will also be joining the Note 4 in the Marshmallow update. The 891.75MB update will bring the same changes we mentioned above.

With 5.7 inches wide Super AMOLED display on a resolution of 1440 x 2560 pixels (~515 ppi pixel density) and Exynos 5433 along with 3GB of RAM to power the device, it is more than capable of running the Marshmallow smoothly. The massive 3,220 mAh battery along with the addition of Doze is surely a great combination to improve the battery life of the device.

The S5, on the other hand, supports a 5.1 inches wide display with a resolution of 1080X1920 pixels. It runs on a Qualcomm MSM8974AC Snapdragon 801 processor coupled with 2GB of RAM. It is backed by a 2,800 mAh battery, which supports fast charging.

Did you download Android 6.0 Marshmallow on your Galaxy S5 or Galaxy Note 4? Let us know of your initial impressions in the comments below.