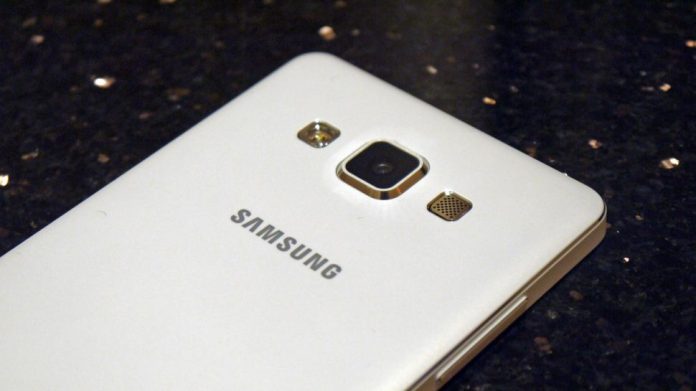 One of the most discussed phones of the summer definitely has to be Samsung’s (NASDAQ: SSNLF) upcoming smartphone, the A8.

Few weeks ago we reported a slew of images, allegedly showcasing the device. The same source, Nowhereelse, has shared another photo of a tech magazine listing the much-anticipated phone. The image of the handset is identical to all the previous leaked pictures. 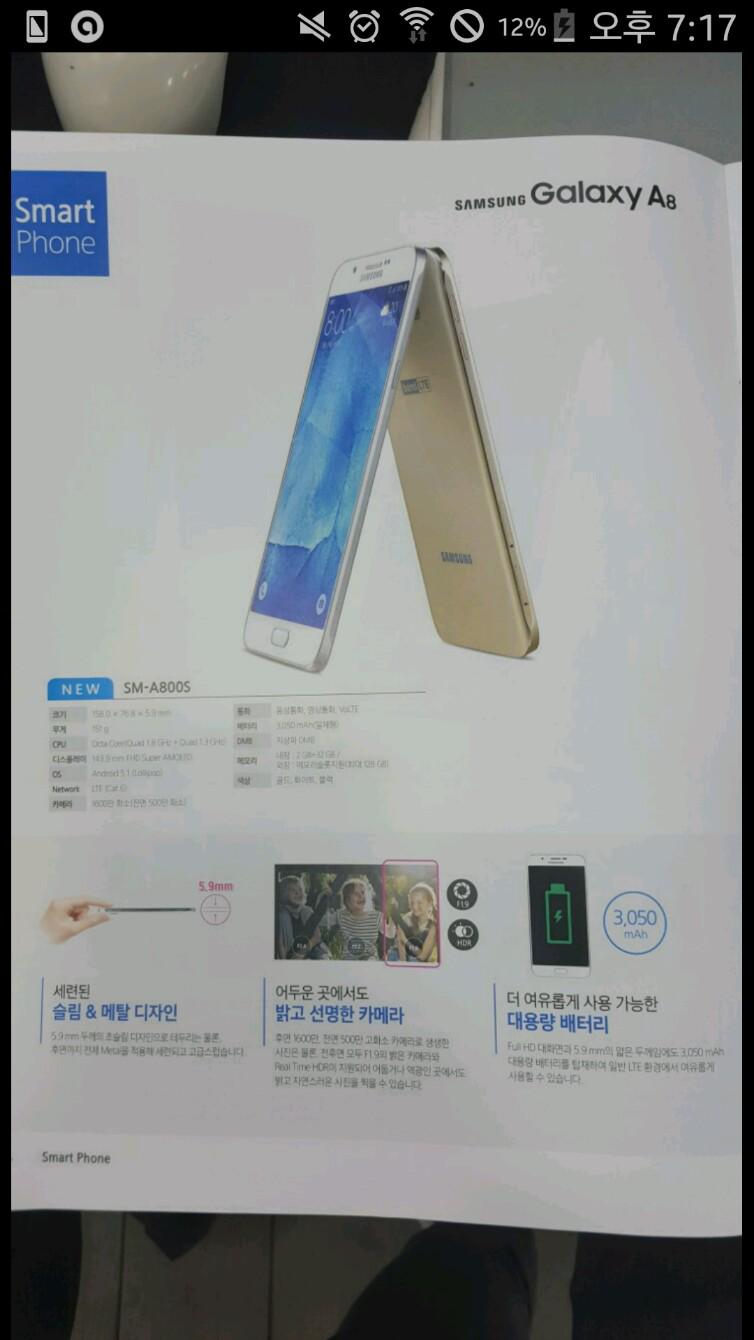 The specific ad also unveiled some of the features and specs of the A8; 3,500 mAh battery, Qualcomm Snapdragon 615 octa-core chip clocked at 1.8GHz, 5.7-inch full HD SUPER AMOLED display and LTE compatability. It also mentions that the phone weighs 150 grams and its dimensions 158 x 76 x 5.9 mm – 5.9mm thick- , though take it with a grain of salt due to poor image quality. As expected, the ad suggests that the handset will have 5.1 Lollipop on board. In an extra picture placed below the advertisement, it further says that the camera will pack HDR.

In terms of liability, the website that released this image is a renowned French tech blog, that usually leads in this sort of leaking. When it comes to the magazine displayed in the image, there is no clue from which we can figure out the name of the publication though based on the letters, it is certainly located somewhere in Asia – maybe Japan or China.

Besides the intel offered by the particular leak, what we know so far is that the handset itself is expected to be classified as a phablet sporting a 5.7-inch full HD display. Under the hood is possible to find Qualcomm’s Snapdragon 615 processor housing eight cores clocked at 1.4GHz, along with an Adreno 405 GPU. We also estimate that 2GB of RAM will be on board.

Camera wise, reports suggest a 16MPix rear shooter and a 5MPix sensor on the front. To run the juice the A8 will come with a 3050mAh battery. Moreover, the handset will come with Android Lolipop 5.1.1 straight out of the box.