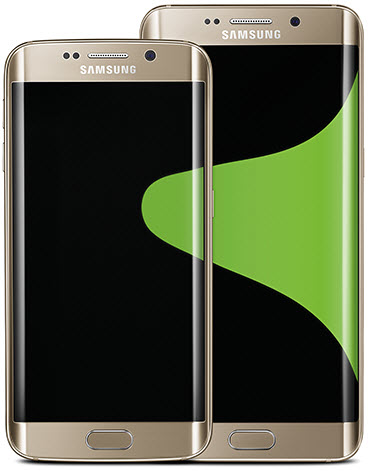 Seoul, South Korea – Just a few days back, we had mentioned on the USB Port, that Samsung (NASDAQ: SSNLF) was probably going to unveil Galaxy S6 Edge Plus. And, it has really happened. Samsung has finally unveiled its new high-end Android handset; Samsung Galaxy S6 Edge Plus. The smartphone is announced along with Galaxy Note 5 at the Galaxy Unpacked 2015 event in New York. Pre-orders have opened for Galaxy S6 Edge Plus with actual availability from August 21. However, pre-orders are set to start on August 18 in the UK and will be released there on September 4.

Every year, the Korean electronics giant traditionally unveils its latest phablets in the September IFA event in Berlin. However, this year it has moved the date up and shifted its event to New York to get an edge over its rival Apple; which likely will introduce next iPhone in early September. However, Samsung’s launch has coincided with Xiaomi’s surprise unveiling of two new phablets; Redmi Note 2 and Redmi Note 2 Prime at a Beijing event.

Key Specifications and Features of Samsung Galaxy S6 Edge Plus

As it was speculated, many of Galaxy S6 Edge Plus’s features match with those expected earlier. The smartphone sports a 5.7-inch dual-core Super AMOLED screen display with Quad HD resolution having a pixel density of 518 ppi. It measures 154.4×75.8×6.9 mm and weighs 153 grams. The ‘plus’ in this giant screened phone refers to the fact that its screen is both 0.6-inches larger than the earlier edition and more scratch-resistant. The screen also allows users to program shortcuts which can be easily accessed while the phone is face down.

Running on Android 5.1.1 Lollipop OS, Galaxy S6 Edge+ is powered by the same in-house Exynos 7420 processor as before. It now has an extra gigabyte of memory to aid multi-tasking; taking it up to 4GB RAM. It is available in 32GB and 64GB, two internal memory options. However, Samsung has removed ability to add expandable memory by not providing the microSD card slot.

Galaxy S6 Edge+ houses 16MP snapper with optical image stabilization feature and 5MP selfie shooter. Video shot on this phone can also be viewed on a 4K TV. The live Broadcast mode can be activated by a button in the camera app; allowing live streaming of HD video to YouTube.