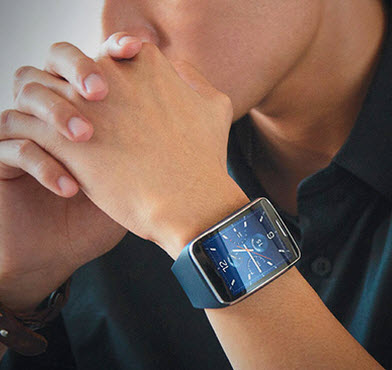 Patents are being created every day by ordinary people, and colossal companies. It is a way to create an innovation in any field or industry while at the same time, reserve all the copyrights. Now, Samsung (NASDAQ: SSNLF) seems to have created a patent for the screens of future smartwatches, according to which, they will be able to change position.

Combine that, with the company’s other recent patents that have to do with the use of the side of a screen as operating buttons, and it becomes pretty clear that the Korean Colossus is trying to change the way with which the user interacts with a small handpiece, such as a smartwatch.

Patents are created by companies all the time, so what makes this one so special? Well, this specific patent is worth mentioning, because it could ultimately shape a new field inside the industry, given that Samsung is obviously using the patents mentioned above on more and more new devices, while at the same time, the company releases almost half of the world’s technological products and gadgets every year.

According to Patently Mobile, the screen the Samsung is working on, will have the ability to move slightly up, in order to provide more comfortable viewing for the user. In that part, it kind of reminds us of a clamshell mobile phone. The apps for this process are plenty, as this way, the owner of a smartwatch will be able to take pictures more easily and see what’s on the screen clearly, under any lighting.

The Korean company seems to be very interested in the smartwatches field considering the last few releases. Thus, one can notice the rapid development the Samsung is making the said industry as it has brought its Tizen OS on many applications of the “Internet of Things”.

Of course, we still need to see the product that the above patent will be applied on and this could take some time, from a few months up to a year or so. Still, it is worth waiting so stick around to find out what’s new!