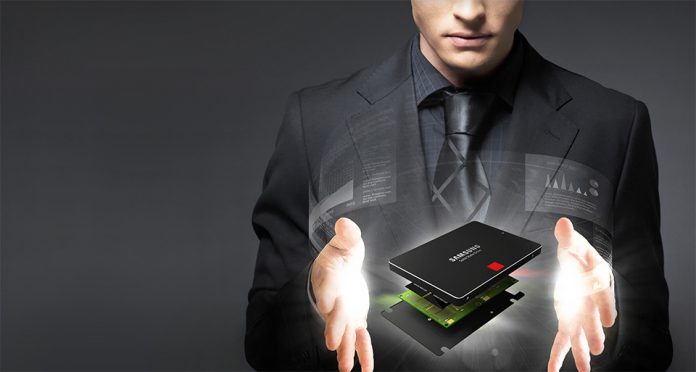 It’s true that the MWC gets the most attention every year for the releases of new devices, this year’s star being the Samsung Galaxy S7, LG G5, and Xiaomi Mi5. However, component releases do give us insight into what we can expect in the devices next year. For example, Samsung has just announced 256GB NAND flash chips suitable for phones and tablets, many of which top out at 128GB today.

The capacity is very interesting, however, Samsung has given more emphasis on  the virtues of the Universal Flash Storage (UFS) 2.0 interface used to connect the storage to the rest of the phone. By using a two-lane storage interface, these chips promise sequential read speeds of up to 850MB/s and sequential write speeds of up to 260MB/s. The read speeds are higher than what many SSD’s have to offer at present. The write speeds, on the other hand, are capped, the main reason being the fact that you can’t fit as many flash chips into a phone or tablet as you can into a dedicated SSD, and SSDs need to be able to write to multiple flash chips at once to maximize performance.

However, UFS is just one way in which the mobile storage can be sped up. Apple, for instance, is using an NVMe interface for storage in its latest iPhones, the same interface that it’s using for SSDs in newer products like the MacBook and Retina iMacs. Though, through both these methods, you can get improved performance on your devices. When combined with USB 3.0, you will definitely get much better transfer speeds.

Samsung doesn’t list any specific availability information for these new 256GB chips, saying only that it will “extend its premium storage line-ups that are based on its advanced V-NAND flash memory including the new 256GB UFS, and increase their production volume in line with increases in global demand.“.