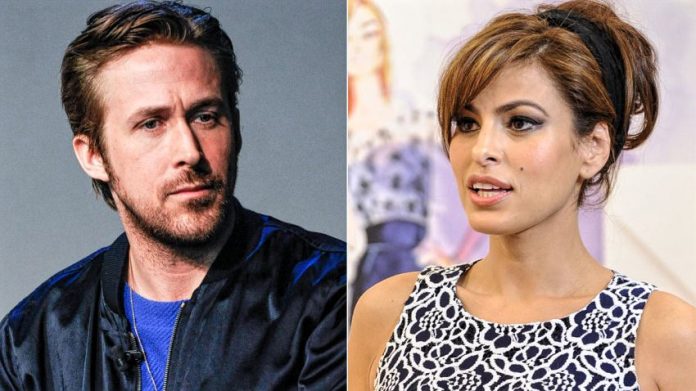 Amanda Lee Gosling, the second daughter of actors Ryan Gosling and Eva Mendes was born on April 29, 2016, at the St. John’s Health Centre in Santa Monica.

The fact that the couple had been able to keep both their pregnancies a secret in is a massive achievement, indeed. In light of this, we attempt to shed some light on their relationship so far and their journey towards parenthood.

The couple first met on the set of ‘The Place Beyond the Pines’ and started dating almost immediately. It was confirmed by a couple of pictures of their PDA that went viral.

It was probably around this time that they decided to keep their personal lives to themselves. And so they took a vacation to Paris in November 2011. But as expected, they were again spotted on the streets, holding hands like a couple of kids in love.

Everyone’s favourite on-screen lover-boy then took the relationship to another level by introducing her to his mother, on the first day of 2012. From then on it was a series of trips to Thailand and Denmark and wherever they could, to avoid the media.

However, all was not hunky dory for the adorable couple. Their relationship of five years has had their fair share of break-up rumours, all of which were handled and shot down by the two, gracefully. This included the time when rumours about Rachel McAdams coming back in Ryan’s life started floating. But, a classy lady that she is, Eva handled it pretty well.

The first rumour of them being pregnant, started when Eva refused to go through the scanner at an airport, saying that she was pregnant. This was however heartbreakingly shot down by her, later.

In August 2014 they had their first baby girl, and since then the couple has managed to keep their personal life pretty low profile. Their reason for not letting either of their children gets meddled in so much attention being fair enough, ‘a little heads up about would have been nice’ is what everyone feels.