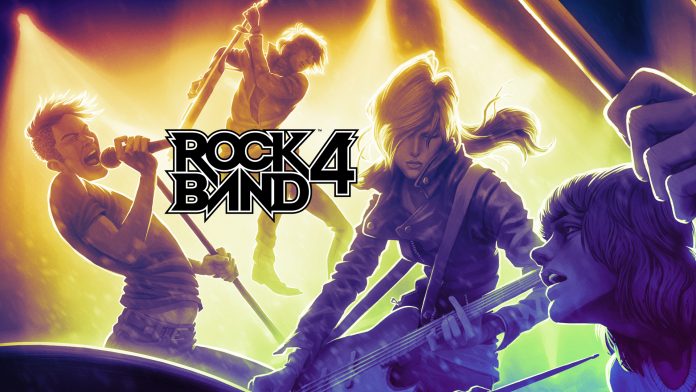 Rock Band 4, developed by Harmonix, has just arrived and is a thing now among its fans. Rock Band is loved by everyone, whether you are a wannabe guitarist or an accomplished musician, or just want to impress your friends with your skills. The Rock Band 4 is nothing but an evolved version of the old-age animated game, and one would quickly guess it just by listening to the pseudo strumming of the plastic instruments.

In Rock Band 4, everything is similar to the earlier version of the game, including the interface, the controls and even the previous hardware works just fine with the game. Xbox 360, PlayStation 3, and even some PlayStation 2 users won’t have to upgrade their existing hardware to run the Rock Band 4, it is still compatible with their old pieces of gear. Although Xbox One users will need an additional adapter to power up to four legacy wireless instruments, while PlayStation 4 users don’t need any external power supply for their wireless devices.

The game costs $59.99 as a standalone purchase, $129.99 with a guitar bundle, and $249.99 as a band-in-a-box. The guitar in the bundle is functionally and visually identical but does have subtle design improvements. It features a tighter strum bar, and positions of 1st and 5th fret buttons is elevated to aid in finger placement. The drums are also more convenient to play, and they’re provided with more sound dampening materials in the pads that neutralize the “clack clack” noises from the pads. Using the gear, shred your favorite tunes from the rock gods like Ozzy Osbourne, Van Halen, not forgetting bands like U2, along with Bruno Mars etc.

The game is more customizable than ever before, including the player customization, playing in freestyle, and other features that lets the user choose the gameplay accordingly. It will be available in the market starting from October 6.