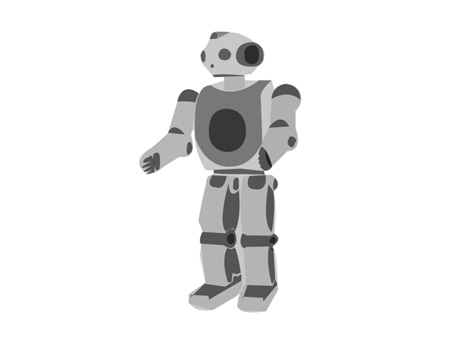 British and Swiss researchers created a robot that can build other robots, improved ones with no human intervention. It is an achievement that even though it is still on the first few stages, it opens new ways to the technologies that are being used so far to the development of robots. With this new innovation, robots will be able to keep evolving and adapt better to their environment – some call this concept robotics of Darwinian evolution.

Engineers in the Cambridge University that made the relevant publication on the “PLoS One” magazine, according to BBC, created a robot using flexible soft plastic, so that it can jump like a grasshopper.

Since in real life, such an achievement is quite new, it seems to many like a sci-fi scenario. Who would expect a robot that can make its own little minion robots? And yet, that is what researchers achieved. For now, those “baby robots” are nothing more than plastic cubes that have an engine on their inside. The construction of those baby robots is made possible by a parent robotic arm that can create various shapes.

The parent robot evaluates each time – with no human intervention – which improvements need to be done to the design of the new creations so that it can also have improved output. So far 10 generations of those new cubic robots have been created and the last one can move twice the distance that the first generation could before it is out of electric energy, which means that within 10 generations there is 100% improvement to the moving performance.

Researchers are already visioning that future robots will work in various industries and will be smart enough to make evaluations to the products so that they can improve the outcome.

Does it seem impressive or worrying? Are we actually making huge progress in technology, or are we following all those sci-fi scenarios where robots will soon take over due to their advanced artificial intelligence? Who’s to say, only time will show!