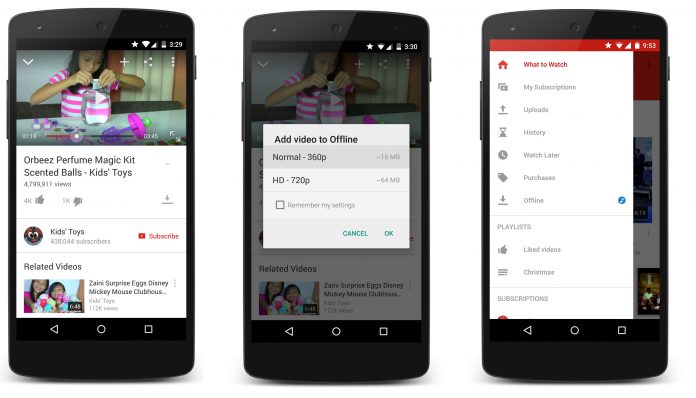 Good news for the smartphone users as a YouTube app has been redesigned with new user interface and Creator Tools with many more features. The company CEO Susan Wojcicki has recently (on Thursday) announced the new version of YouTube app officially. On Thursday at Anaheim, California, during the 6th annual Vidcon YouTube fan convention, Susan Wojcicki made a statement officially regarding the new redesigned YouTube app.

“If you watched a YouTube video recently, chances are you did it on your phone or tablet. That’s because today, more than half the views on YouTube happen using mobile devices. So to bring you an even better mobile experience, we’re updating the official YouTube apps – making it easier than ever to find videos you love and create them, too.”

Currently the update is only available for Android, mobile Web, and iOS devices; but in future, more possible devices can be added to the list. The new version of YouTube app has got three new tabs called Home, Subscriptions, and Account.

Here are the details of these listed tabs:

Other enhancements that are made in the new YouTube app are:

Susan Wojcicki has also made an announcement that YouTube will start supporting 360-degree videos in 3D later from this year. Wojcicki introduced a new thing called “Diamond” playback button reward together with gold and silver button rewards. These rewards will be given to the creators depending on the number of their subscribers.